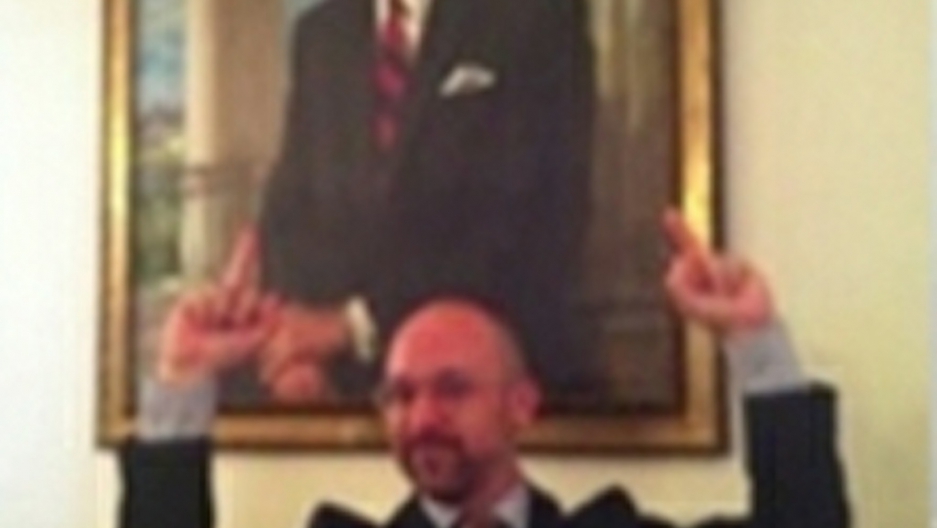 The images — first published by Philadelphia Magazine — show local photographer Zoe Strauss and national director for public engagement at the group Solutions for Progress Matty Hart with both middle fingers raised as they stand under Reagan's White House portrait.

More from GlobalPost: The Rainbow Struggle: A Global Battle Over Gay Rights

The pictures were originally posted on both Strauss and Hart's Facebook pages, but have since been removed.

According to Fox News, Hart, under his photo, had written: "F--- Reagan." He later posted a link on his Facebook page to the Philadelphia Magazine piece. He said he didn't care if he's not invited back to the White House.

"Ronald Reagan has blood on his hands," he said to Philadelphia Magazine. "The man was in the White House as AIDS exploded."

At the event's reception, President Barack Obama told those present that the day is coming when gay citizens will have full equality in America, reported The Washington Times.

The White House didn’t respond to a request for comment on the photographs, according to the Times.