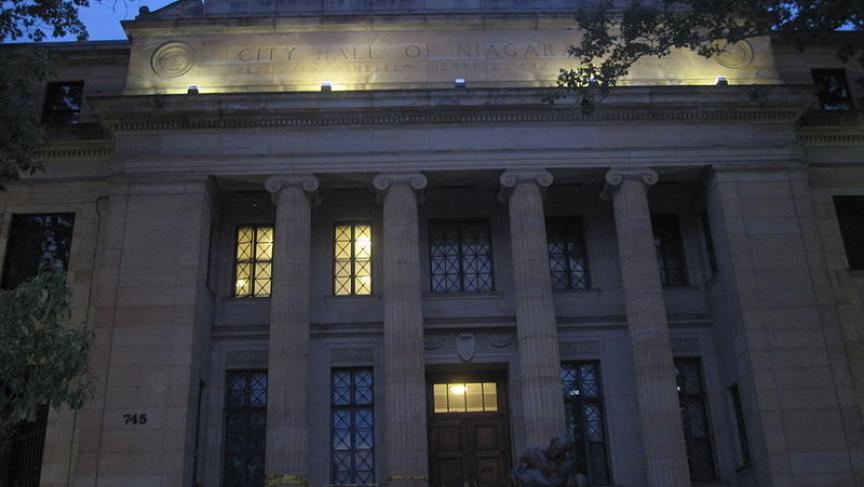 The city of Niagara Falls, N.Y., is preparing to unveil an incentive program that will see people who move to a specific area of downtown have some of their student loans repaid for them. (Photo by Billy Hathorn via Wikimedia Commons, cc-by-sa.)

Brain drain is a common curse of rural America.

Plenty of small cities in the rural heartland and throughout the U.S. face an exodus of educated citizens, fleeing for new opportunities in bigger, usually warmer, cities.

But now, cities across America are fighting back, offering to pay some or all of graduates' student loans if they live and work in that city. Some are even offering tax breaks to retain an educated workforce.

"For me, a lot of it had to do with getting back. Kansas is a home state for my wife. We were in California and having a great time. Then we had our first child," he said. "You knew you were going to move eventually, to be back (near my wife's family) and we started hearing about this program."

Ultimately, it made sense financially to move back to Kansas. So the moved made sense on two fronts: it allowed them to be closer to family as well as to get out of debt.

All told, Waldron will see $15,000 in student loans forgiven over five years.

Seth Piccirillo, the Niagara Falls director of community development, is starting an incentive program in his city as well. In that program, a city that has seen its population decline by more than 50,000 people over the last 50 years, is offering recent college graduates up to $3500 per year toward students in exchange for living in a specific downtown neighborhood.

The only stipulations are that they be in good standing on their loans, as well as paid up with their landlord or mortgage company. And the loan payoff starts at the end of just one year.

Niagara Falls has struggled to convince people that it's a place worth living.

"You have to start with a targeted strategy. We feel like this, while not by itself will fix our problem, starts," Piccirillo said.

Specifically, the program takes advantage of the city's strongest assets. The neighborhood, for example, is within walking distance of the falls. It's also near a university and a community college, which will draw young people to the area as well.

"You start to dedicate the resources you have in one area, and go from there," he said.

So far, Piccirillo said he's getting emails and calls from around the country from people who are interested in moving to Niagara Falls because of the new program. Funding was just approved though, so no one has been accepted into the program just yet.

"I could see this being something they could build on in the future," he said. "What it does for the county itself is it bring a quality individual, and their family perhaps if they're married, to the town, with the hopes that person will establish roots there, will buy a home, purchase vehicles, allow their income to flow into the community."