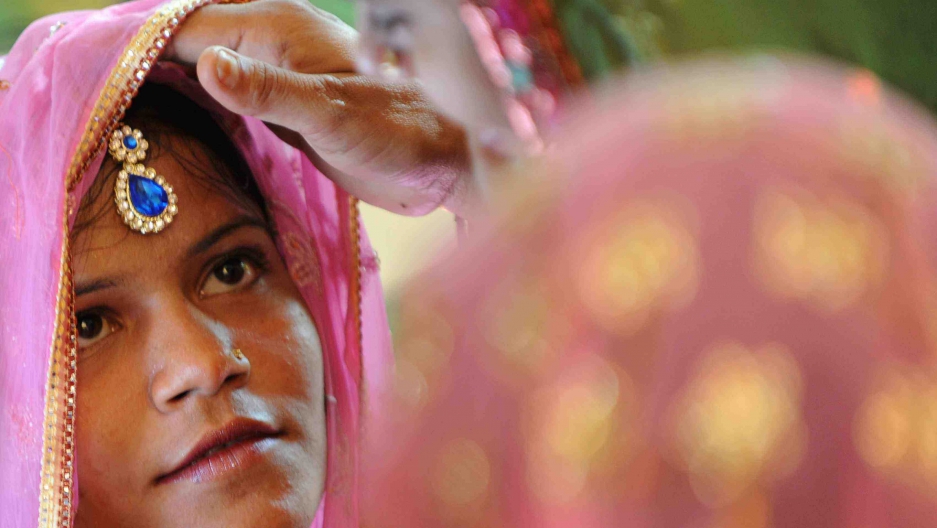 An Indian Muslim bride awaits her wedding. Recently, the Delhi High Court ruled that a 15-year-old Muslim girl could be legally wed under "Mohammedan law" as long as she had begun menstruating.
Share

The Delhi High Court judgement upholding the marriage of a 15-year-old Muslim girl on the basis of "Mohammedan law" should come as a surprise to no one familiar with the country's unfortunate refusal to separate church and state.  And the idea that for Muslims the age of marriage begins with menstruation, while it sets a grim precedent, is just part of the deal.

But in laying out just why the court's decision is a dangerous one for women, an article in this week's Tehelka introduces another unpleasant notion: Namely, that child marriage, at least when it comes to Muslims, is now politically correct.

A childs' rights activist was apparently not willing to put his or her name to a well-written editorial criticizing the court's decision, "Are young Muslim girls children of a lesser god?" and the magazine itself saw fit to include a disclaimer at the end of the column, reading "The views expressed in this column are the writer's own."

"With the age of puberty being consistently lowered, this judgment may well pave the way for young girls to be married off as early as nine years of age."

"The judgment evokes two fundamental questions that must be asked if India is to ensure the right to equality and equal treatment of all its citizens -- are Mulsim girls not human? Or are Muslims in India not Indians? It is ironical that just when India, in an attempt to address child sexual abuse, proposed to raise the age of consent for sex from 16 to 18 years, the high court judgment has decided that Muslim girls do not need any such legal protection."