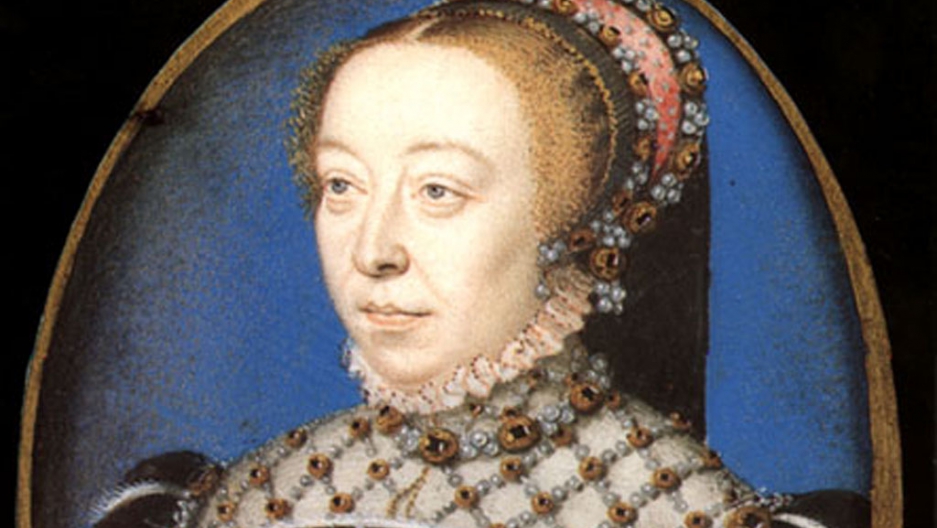 A rare portrait of Catherine de Medici before she was widowed in 1559.
Share

A gold hairpin belonging to 16th century French queen Catherine de Medici was found in the most common of places -- a communal toilet.

The precious object was discovered by archaeologists excavating the Henry IV courtyard at Fontainebleau Palace outside Paris in preparation for an upcoming restoration project, The History Blog reported.

She was renowned across Europe for her lavish jewelry, although much of her collection has been lost, sold or stolen over the centuries, The Associated Press reported.

The rare 3.5 inch-pin was easily identified by archaeologists because it bore interlocking C's for "Catherine." A cleaning also revealed a finish of white and green, which were Catherine's colors, palace conservator Vincent Droguet told the AP.

Researchers are now trying to figure out why the hairpin was discovered in a communal toilet, and not somewhere more "royal," the International Business Times reported.

Droguet called the find a “mystery.”

“But what would Catherine de Medici be doing there? Maybe it was a lady-in-waiting who took it. Perhaps it was stolen, and just fell in," he told the AP.