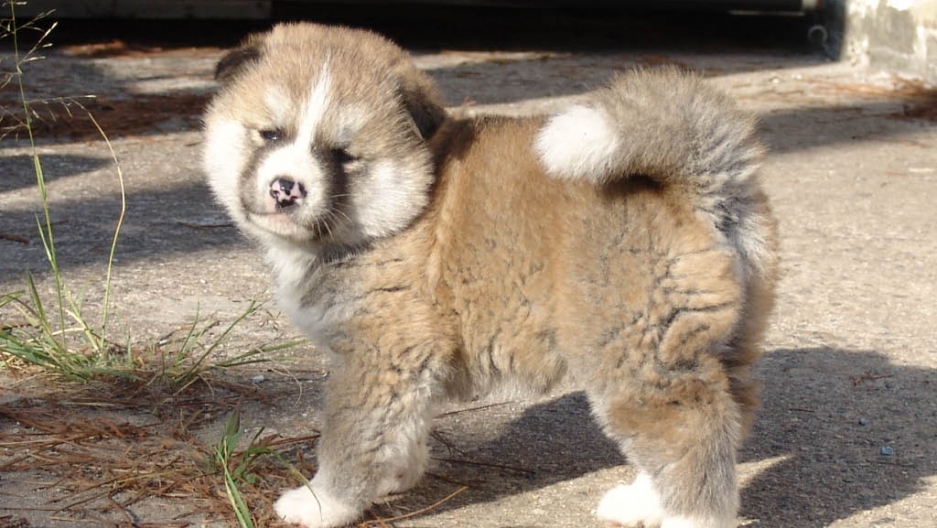 Diplomacy has always been a carrot-and-stick game, but Japan's latest approach involves more sticks and bones.

The world leader in all things adorable is hoping Russia's top dog will fall for one of its cutest exports: an Akitu Inu puppy.

Japanese Prime Minister Yoshihiko Noda approached Russian President Vladimir Putin with the offer of an Akita pup on the sidelines of the G20 summit in Los Cabos, Mexico, the Asahi Shimbun reported, and Putin "readily" accepted.

The dog is expected to arrive at the Kremlin in August.

According to officials in Japan's northern Akita Prefecture, where the breed originates, Putin's new pet is a red-haired female born on April 24.

A lot is resting on her fluffy shoulders.

According to the Wall Street Journal, local officials claim the puppy is a symbol of Japan's gratitude for Russia's help following the March 2011 earthquake and tsunami. The Journal speculates, however, that the gift might have more to do with the ongoing dispute over the Southern Kuril Islands, which Russia controls and Japan claims for its own.

If so, it wouldn't be the first time someone has tried to soften up Russia's strongman via his well-known weakness for dogs.

Putin already has two furry friends – a black Labrador named Koni and a Bulgarian shepherd called Baffi, since you ask – that were given to him by a Russian army general and the president of Bulgaria, respectively.

Japan seems confident that there's still room in his heart for an Akita.

"The puppy can bring Japan and Russia closer together despite the fact that there are a number of unresolved issues between the two countries," RIA Novosti quoted the governor of Akita Prefecture, Norihisa Satake, as saying.

According to the Kyodo News agency, only one other non-Japanese figure has been honored with the gift of an Akita, which is a protected species in Japan: the deaf and blind American activist Helen Keller, who received two of the dogs in the late 1930s.