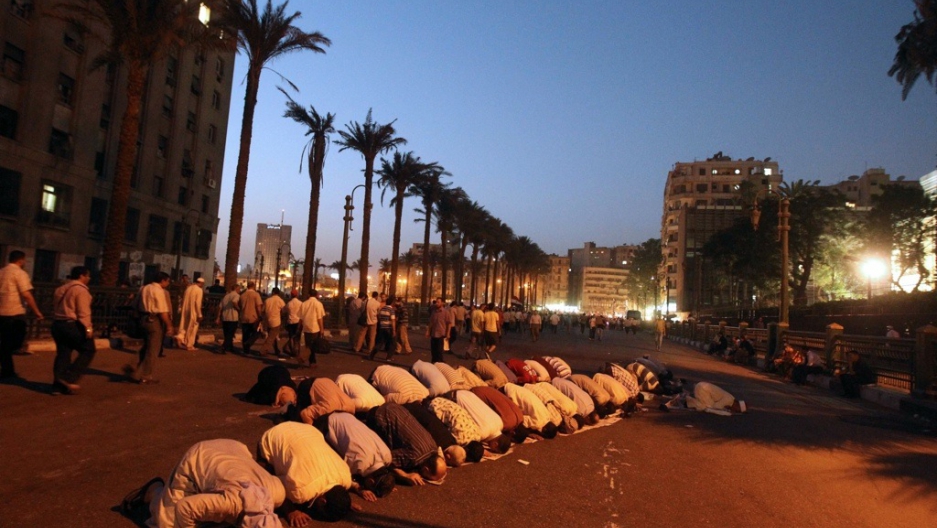 CAIRO, Egypt — After eight decades of building grassroots political networks, suffering persecution and even executions, and later rising to lead parliament, Egypt’s Muslim Brotherhood may be watching its hard-earned dream of ruling the country slip away.

In the past week, the Muslim Brotherhood has taken hit after hit. Some analysts say it will be difficult for the grassroots organization to recover.

Egypt’s military rulers have dissolved the Brotherhood-dominated parliament, and stripped the presidency, which the movement says its candidate won, of any meaningful powers, putting the formidable Islamist organization back on the defensive, a role that is familiar.

“We did not realize that the transfer of power [from a military to a civilian government] would be fraught with such difficulties,” said Ahmed Al Nahhas, a leading Brotherhood member in Alexandria. “We did not anticipate this at all.”

A Cairo administrative court Tuesday adjourned, until Sept. 1, a case to force the Brotherhood to reveal its sources of financing, or be dissolved. Another case challenging the legality of the Brotherhood’s political vehicle, the Freedom and Justice Party, was also postponed until Sept. 4.

Also on Tuesday, thousands of supporters of the Brotherhood presidential candidate, Mohamed Morsi, along with Brotherhood lawmakers, descended on Cairo’s Tahrir Square to protest what many are calling a military coup.

“Everything that has taken place is lies and deception perpetuated by SCAF,” said 65-year-old Sheikh Mohamed Bari, a religious education teacher and Brotherhood supporter, talking about the Supreme Council of Armed Forces, the military rulers who assumed power after the mass protests ousted longtime President Hosni Mubarak last year.

Anti-regime demonstrators at the time welcomed military control after soldiers vowed not to fire on protesters.

But the once revered army has since fallen afoul of the Tahrir Square activists, who now suspect SCAF wants to cling to power as a full-fledged military dictatorship.

“We refuse to accept this. The will of the people must govern this country,” Bari said. “SCAF must go.”

“The only thing we gained from this revolution was the parliament, and now that has been taken away,” said 34-year-old Mohamed Samir, also a teacher and Brotherhood supporter.

While the Brotherhood campaign announced their candidate as the winner of Saturday’s runoff election for Egypt’s top post, many Egyptians and activists speculated that the Presidential Elections Commission, whose decisions have often favored the military, would declare Ahmad Shafiq, a pro-military candidate and holdover from the ousted regime, as the nation’s president-elect.

Shafiq’s campaign itself claimed Tuesday that their candidate was in the lead. Official results are expected on Thursday.

The Brotherhood now looks poised for a direct showdown with the military. It’s a fight the largely risk-averse movement has taken careful steps to avoid since Mubarak’s exit, particularly when angry street protests have escalated into violent clashes between demonstrators and security forces.

But the movement may be forced to change tactics, using its vast network of supporters across the country.

“We, along with all the political forces, are facing a fight for survival and to take our rightful place in the political scene,” said Hamdi Mohamed Ismail, the Freedom and Justice Party leader in Ismailia province, the birthplace of the Brotherhood.

“We intend to gather all the political forces and pressure SCAF,” he said. “We intend to file court cases, among other initiatives. [The recent SCAF moves] have butchered us politically.”

But analysts say that perhaps more dangerous than what appears to be a concerted effort by the military-run state to marginalize the Brotherhood is the movement’s enthusiasm for participating in what many are calling a scandal-ridden political process.

As was the case with the unpopular Islamist-led parliament, which was stifled by military rule, a Brotherhood presidency would face serious obstacles to govern effectively — which could cause the Brotherhood to lose much of its popularity and political clout.

“While [the military] would have veto in the background, Morsi will be in the foreground fighting with other political parties about their share in the government,” said Hani Sabra, Middle East analyst at the New York-based Eurasia Group, a global political risk and research consulting firm.

“The energy crisis, broad economic problems, food prices, and issues like that — the Brotherhood is the one that will have the responsibility,” he said. “Six months down the line, the Brotherhood will take a beating. They will have put together a government that, with its severe limitations, won’t be successful in addressing the country’s social and economic problems.”

“We have been weakened,” said Mahmoud Helmi, a Brotherhood leader in the poor, southern province of Assiut.

“But at the end of the day, the law and the government derive their legitimacy from the people,” he said. “And the people support us.”