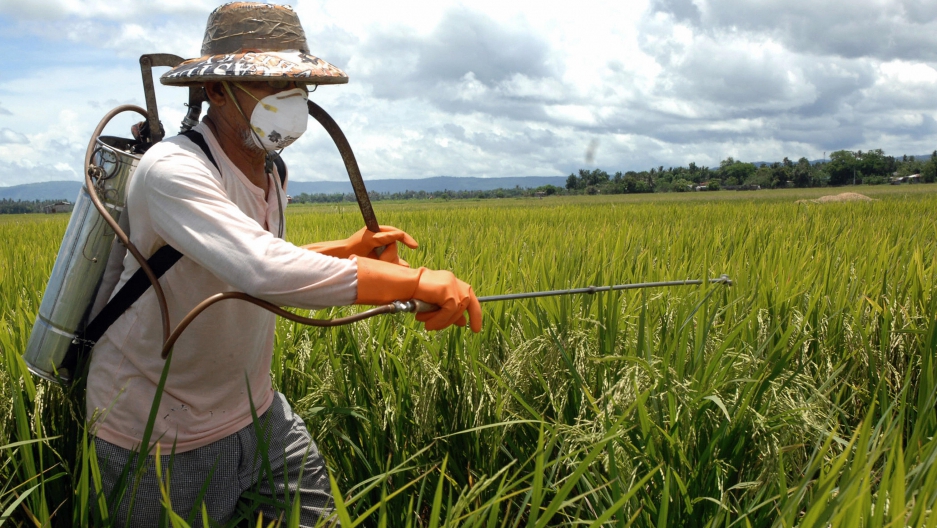 A new guide by the Environmental Working Group lists the most commonly sprayed fruits and vegetables.
Credit: Raymond Panaligan
Share

Fruits and vegetables are ridden with pesticides, says a new study by the Environmental Working Group (EWG).

The environmental non-profit released its 2012 Shopper’s Guide to Pesticides in Produce, which tracks the pesticide loads of 45 fruits and vegetables.

Along with the the guide, the group released its list called the “Dirty Dozen” and “Clean 15” that rank fruits and vegetables according to their pesticide contamination, reported Time.

“The explosive growth in market share for organic produce in recent years testifies to a simple fact that pesticide companies and the farmers who use their products just can’t seem to grasp: people don’t like to eat food contaminated by pesticides,” said EWG president Ken Cook in a press release.

Read more on GlobalPost: Bees in decline due to common pesticides

According to some of the findings by the EWG, 98 percent of conventional apples have detectable levels of pesticides; domestic blueberries tested positive for 42 different pesticides and nearly all imported nectarines tested had pesticide residues.

Onions, corn, pineapples and avocadoes appeared to have the fewest pesticides according to the group.

"Our advice to consumers is to choose the organic version of the fruits and vegetables on the dirty dozen list," Johanna Congleton, senior scientist at EWG told WebMD.