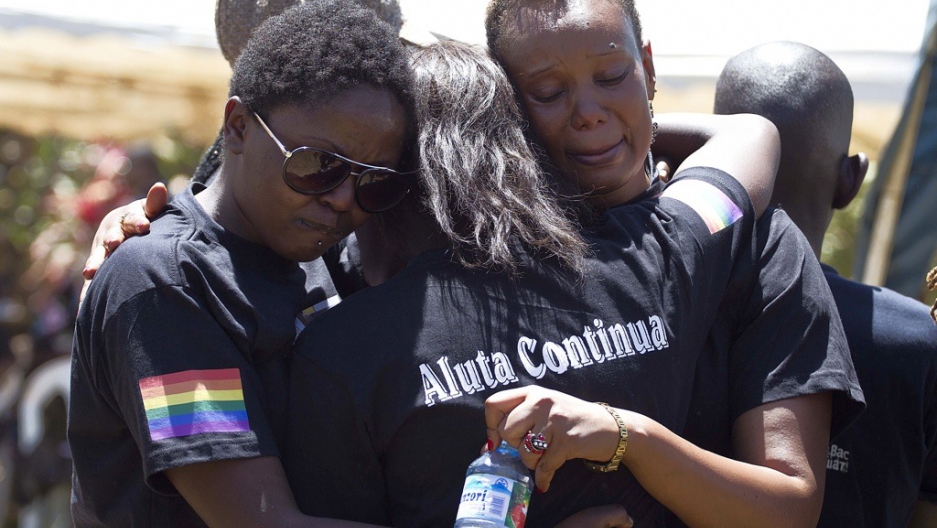 Members of the Ugandan gay community mourn at the funeral of murdered activist David Kato near Mataba, on January 28, 2011. Although the police claim it was most likely a petty crime, many members of the gay and the human rights community hold the Ugandan government responsible for not battling the growing violence against homosexuals in the Ugandan society.
Credit: Marc Hofer
Share

Uganda is keeping up its assault on the rights of gays.

At least five staff of the East and Horn of Africa Human Rights Defenders Project, who organized the workshop, were detained by the police along with at least 12 of the workshop participants, according to local reports and Amnesty International.

Some of the participants, who came from Rwanda, Kenya, Uganda and Tanzania, managed to escape after being informed by members of the media that the police were on their way.

Amnesty International repeated its call on President Yoweri Museveni's government to end its harassment of activists supporting the rights of all, regardless of sexual orientation.

"This ludicrous and senseless harassment of human rights activists has no basis in law whatsoever and has to stop," said Michelle Kagari, Amnesty International's deputy director for Africa.

"We are seeing a worrying pattern emerging whereby the Ugandan authorities engage in arbitrary activities deliberately designed to intimidate and threaten legitimate human rights work," said Kagari. "The participants in this workshop had done absolutely nothing wrong and we call on the police to end this outrageous behavior which makes a mockery of Uganda's human rights obligations."