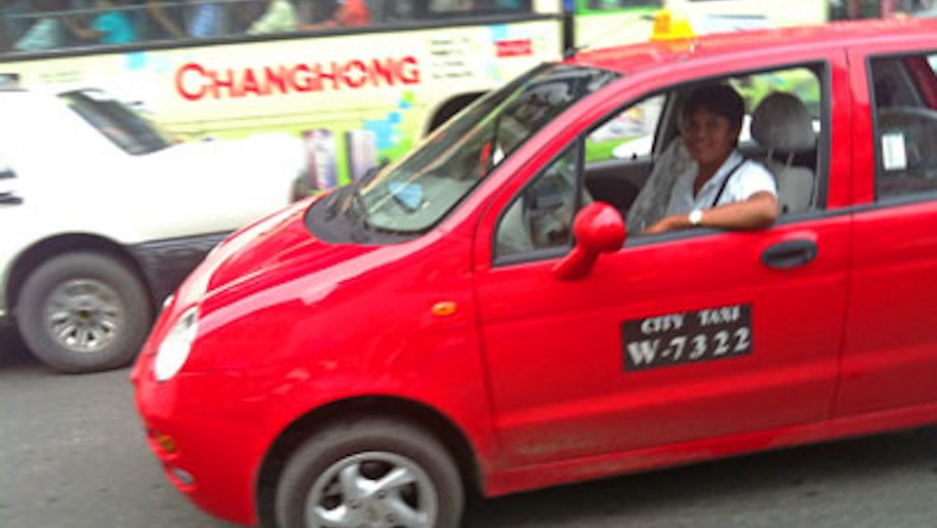 One of many Chery cars from China makes its way down a crowded street in Yangon.
Credit: Patrick Winn
Share

YANGON, Myanmar — As Myanmar continues to remake itself anew, the country’s perplexing and outmoded laws of commerce are beginning to become more sensible. Among the more confounding laws govern car sales.

The old system ignored intense demand and allowed the import of only a few thousand vehicles per year. This manipulated the market so badly that Toyotas produced when Whitesnake was still cool sold for nearly $30,000.

As I wrote in a series titled “Burma Rebooted” last year, “traffic in Rangoon [Yangon] is like a procession of zombies on wheels, all resurrected from an auto graveyard.”

More from GlobalPost: The changing face of Myanmar

Those laws are still complex but beginning to come around. The government is now selling import licenses to vehicle owners that turn over their junkers for smelting and the market is slowly becoming normalized.

A notable breakout new car on Myanmar’s streets is China’s Chery QQ3, a little Tic Tac of a car that resembles a downmarket Mini. In fact, Chery’s own website claims that Myanmar’s government has “positioned QQ3 as a ‘national car.’”

I write this from Yangon, Myanmar’s commercial capital, where you can’t stroll more than a few downtown blocks without spotting a shiny, new Chery. Their fire-engine red paint jobs catch the eye in a sea of rust buckets.

Lest you assume the Chery in Myanmar sells for its standard price, around $5,000 to $6,000 depending on the country of sale, rest assured the government is catching a sweet profit on every car sold.

According to the Myanmar Times, the government set the initial cost at nearly $6,000 but, after piling on fees, the cost ends up at nearly $13,000.