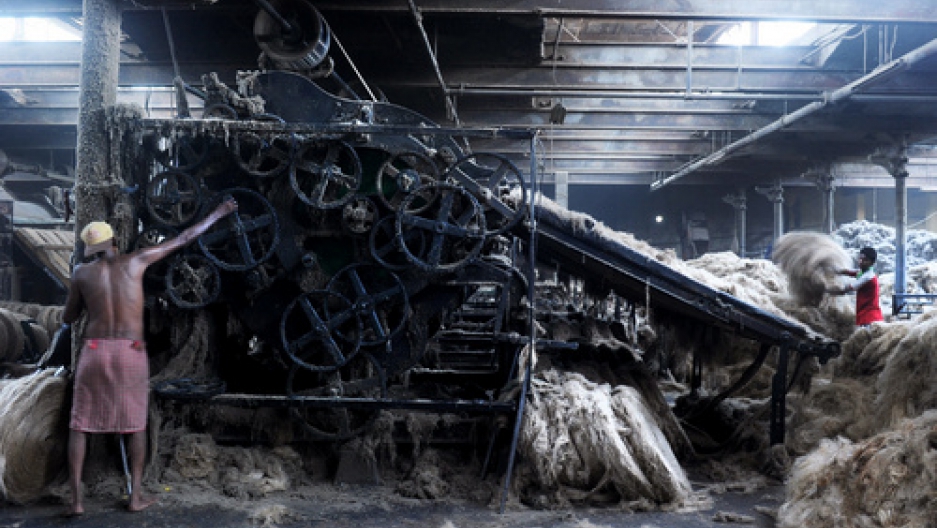 In this file photograph taken on May 14, 2012 Indian labourers work on machines inside a jute mill at Jagatdal some 75kms north of Kolkata. India's industrial output grew just 0.1 percent in April year-on-year, official data showed June 12, 2012, adding to concerns about the economy and raising the chances of an interest rate cut next week.
Share

Fitch Ratings said today it had cut India’s credit outlook to negative from stable, citing risks that the country’s growth potential could deteriorate if policymakers do not step up much-needed reforms.

Fitch maintained its BBB- rating, the lowest investment grade, but warned the rating of Asia’s third-largest economy was at risk of being downgraded to junk status, Bloomberg reported.

"Against the backdrop of persistent inflation pressures and weak public finances, there is an even greater onus on effective government policies and reforms that would ensure India can navigate the turbulent global economic and financial environment and underpin confidence in the long-run growth potential of the Indian economy," Art Woo, a Fitch director, said in a statement.

According to the Associated Press, the Reserve Bank of India kept the rate at which it makes short-term loans to banks at 8.0 percent and the ratio of cash that banks must keep in reserve at 4.75 percent.

Fitch also lowered its economic growth forecast for India to 6.5 percent for the fiscal year ending in March 2013, from its original prediction of 7.5 percent, while it expects wholesale price index inflation to average 7.5 percent, the Times of India reported.

In the first quarter, India’s economy expanded by 5.3 percent, which was the slowest pace in nine years, as the country’s manufacturing sector contracted and agriculture slowed.

More from GlobalPost: India economy grows 5.3% in the first quarter of 2012, slowest pace in 9 years