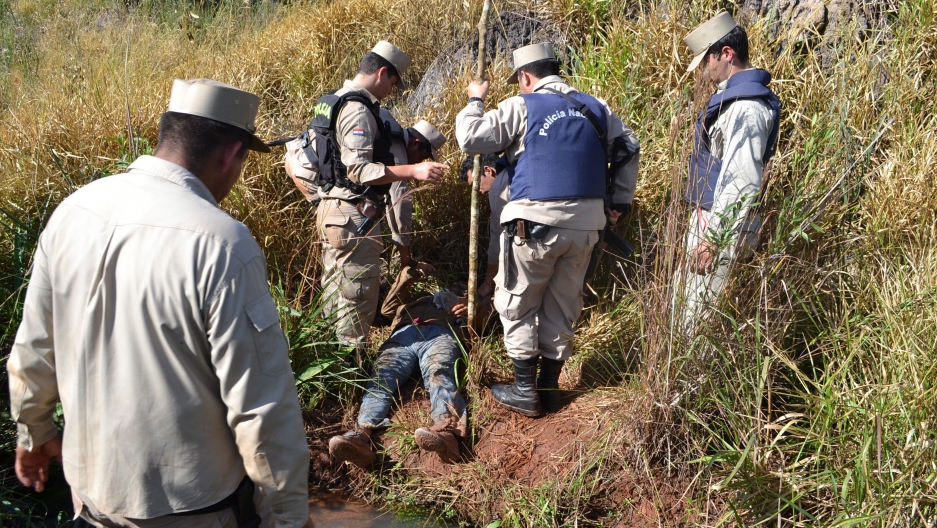 Police retrieve the body of a peasant shot dead during clashes that occurred during an eviction of squatters, in Curuguaty, 250 km (155 miles) northeast of the capital Asuncion.
Credit: STR
Share

Seven police officers and at least nine landless farmers have been killed in bloody clashes in Paraguay after police tried to evict protesters from a property they have occupied in the east of the country.

According to the Agence France Presse, the violence broke out on Friday after 300 police arrived at a private forest reserve owned by wealthy businessman Blas Riquelme in Curuguaty, 250 kilometers northeast of the capital Asuncion, in order to remove about 150 peasants who are squatting on the land.

The peasants ambushed the police, opening fire and sparked an eight-hour shoot-out which left at least 16 people dead. President Fernando Lugo accepted the resignations of his interior minister, Carlos Filizzola, as well as Paraguayan national police chief Paulino Rojas, over the incident late on Friday, and has deployed Paraguay’s army to put an end to the dispute, the Associated Press reported.

The farmers claim the land was illegally appropriated whilst Paraguay was under the control of General Alfredo Stroessner from 1954 to 1989 and parcelled out amongst his allies, according to the BBC, with peasant leader Jose Rodriguez telling Paraguayan radio that the squatters killed on Friday “were humble farmers, members of the landless movement, who’d decided to stay and resist.”