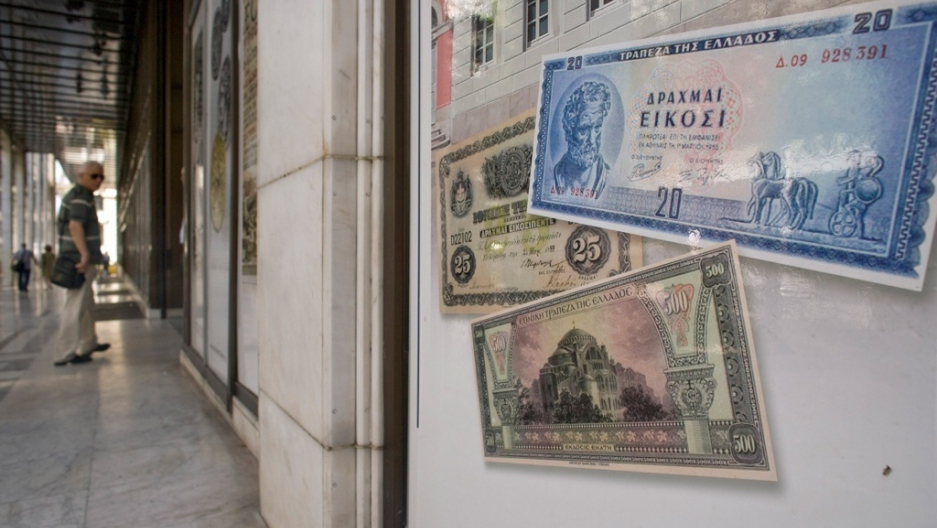 BERLIN — It may be a minnow in the global economy but what happens in Greece on Sunday could reverberate loudly, far beyond the Hellenic nation.

As weary Greek voters head to the ballot box for the second time in six weeks on Sunday, they do so knowing their decision could result in an exit from the euro zone. If that happens, it’s impossible to foresee the impact on the rest of the bloc, or indeed the rest of the world, but many expect grave consequences.

The choice for Greek voters is stark.

They can back the establishment conservative New Democracy party — which had contributed to the current mess during its time in government, but has signalled its willingness to cooperate with European paymasters, thereby bringing some degree of stability.

Alternatively, voters can take a risk on Syriza, the radical leftist coalition that promises to end the painful austerity inflicted by the creditors, but that, in doing so, could precipitate an unprecedented and potentially disastrous exit from the euro zone.

The upstart Syriza is largely an unknown quantity in Greek politics. It became a major political player by capturing a surprise 16 percent of the vote on May 6, when Greece last attempted to elect a government.

Syriza’s charismatic leader Alexis Tsipras, 37, who is vying to be the next prime minister, says that if elected he will tear up the bailout memorandum — which the establishment parties signed in March, committing Athens to yet more tough reforms to secure a 130 billion euro bailout from the troika of creditors, the EU, ECB and IMF.

That message has great appeal to the many Greeks who feel they have little left to lose.

“If you are suffering financially and economically, and you are really desperate and in dire straits and somebody comes along and says, ‘You elect me and I’ll give you money,’ you are quite tempted to vote for them,” says Spyros Economides, international relations expert at the London School of Economics.

At the same time, Syriza has sought to reassure Greeks that the party wants the country to stay in the euro zone, something that the majority of Greeks also claim to want.

Syriza’s opponents argue, however, that the party’s program would inevitably lead to Greece leaving the currency bloc if they were to form the next government.

Indeed, the country’s creditors have made it clear that if a Syriza-led coalition did not honor the previous governments’ agreements, they would halt bailout payments.

Greece would then very quickly run out of money.

Former Prime Minister Lucas Papademos has said that there is only enough money left in the public coffers to last until the end of June. Already, Greek banks are experiencing something of a run, with an estimated $750 million or more being withdrawn daily by those terrified of their savings being wiped out.

A Greek exit appears more likely than ever. Yet it is not clear how exactly this would happen, since there are no provisions in the treaties for a country to leave the common currency.

In effect, Syriza is calling the EU’s bluff. The party tells voters that Greece’s partners will do everything to keep it in the euro zone and prevent even further contagion.

More from GlobalPost: Yes, they use the euro. And the economy is booming.

New Democracy, on the other hand, has very clearly stated that only a vote for the pro-bailout parties — and in particular them — would keep Greece in the euro zone. It is banking on the fear of the consequences of the chaos of a euro zone exit will be enough to persuade the voters who deserted them in May to back them this time.

They also argue that it is only by backing pro-bailout parties that Greece has any chance of easing the current harsh conditions.

“The crucial thing is that we remain in the euro zone,” argues Iannis Konstantinidis, assistant professor of politics at the University of Macedonia, in Thessaloniki. “Because otherwise any positive developments would obviously not affect Greece because it would already be outside.”

And indeed there does seem to be some movement in terms of softening the approach to Greece. The Financial Times Deutschland reported this week that EU officials admitted there had to be some sort of renegotiation to keep Greece in the euro zone.

At the same time, the line from Brussels is that Greece has to remain on track, by sticking to the essence of the agreement, with is to reduce its deficit and reform its economy.

“We will do our utmost to keep Greece in the euro zone while it is respecting its commitments,” Herman Van Rompuy, president of the European Council, said on Tuesday.

Even Hollande, despite promoting a growth-orientated platform for Europe, had words of caution for Greece.

“I have to warn them, because I am a friend of Greece, that if the impression is given that Greece wants to distance itself from its commitments and abandon the prospect of recovery, there will be countries in the euro zone which will prefer to finish with the presence of Greece in the euro zone,” he told Greece’s Mega TV on Wednesday.

It is certainly clear that there are elements within the EU, and in Germany in particular, that might actually prefer to get rid of Greece, which they regard as a bottomless pit that cannot or will not be reformed.

Yet that could also be a dangerous gamble, as it is unclear what impact the departure would have on the euro zone. The markets could interpret it as opening the door for the loss of other struggling peripheral countries such as Ireland or Portugal, and the eventual breakup of the euro zone itself, which could make the already-creeping contagion on larger countries like Italy and Spain even worse.

At the same time, there are concerns within the EU that if Greece were given better terms, or if the troika were seen to give in to Syriza and pay up, despite Athens’ reneging on bailout conditions, then these other countries would also be clamouring to demand an easing of their own tough conditions. That is something that governments in the richer countries such as Germany, Austria and Finland are resisting, knowing they would be punished by their voters, who are already unhappy with the unpopular bailouts.

And so, in this tense game of political poker, the Greek electorate has to work out which side is bluffing and how much they can gamble with their own future.

The last opinion polls taken two weeks before the vote showed that New Democracy and Syriza were almost neck and neck. Both parties were attracting just under a quarter of the electorate’s support, but New Democracy enjoyed a wafer-thin lead.

Even if there were only a few percentage points between them, the party that comes out on top will get a huge boost. They will get an extra 50 seats in the 300-seat parliament and will undoubtedly try to form the next government.

At the moment it seems too close to call.

“We really don’t know how people are going to vote,” says Economides. “Will they return to their pre-May 6 ways and say the stakes are far too high now, we can’t simply cast a protest vote? Or in fact are people so fed up that they will cement (Syriza’s) portion of the vote? And that is what we can’t judge.”

Economides argues that even if New Democracy wins and forms a coalition with other pro-bailout parties, that won’t calm the turmoil in Greece. “It means the next day Syriza and the radical left will be on the streets. And then what ensues is mayhem.”

Konstantinidis says that he is pessimistic about Greece’s future whatever happens on Sunday. He argues that Greece will be plunged into uncertainty with a Syriza win or it will get back its old elites who created the mess in the first place.

“Either the country will exit the euro on Monday morning or in six months or so,” he says. “Because with these political personnel and with these parties, it’s quite unlikely that they will be successful in totally reforming the state.”