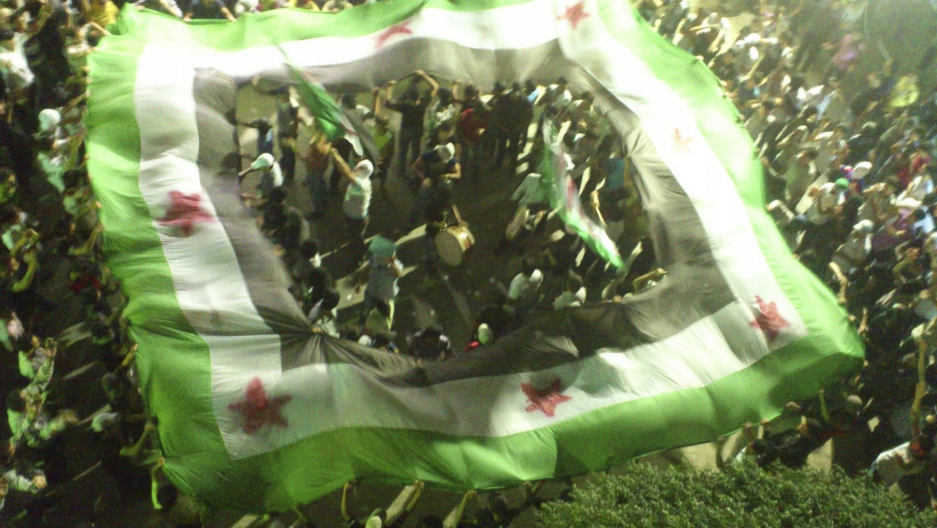 The situation in Syria continues to deteriorate.

The United States and Russia are in the midst of a war of words over who is supporting whom and destabilizing the situation more. Meanwhile, in Syria, reports of massacres continue and there have even been reports of Syrian military officials using children as young as 8 as human shields.

For the Americans' part, they accuse Russia of shipping attack helicopters to Syria, its key ally in the region, to enable the government to put down the unrest that has been ongoing for more than a year.

“We have confronted the Russians about stopping their continued arms shipments to Syria,” Secretary of State Hillary Clinton said at an appearance with President Shimon Peres of Israel, according to The New York Times. “They have, from time to time, said that we shouldn’t worry; everything they’re shipping is unrelated to their actions internally. That’s patently untrue.”

“But for some reason the Americans consider this complely normal," Russia’s foreign minister, Sergey V. Lavrov, said in Iran.

There have been various reports of Syria's neighbors, including Turkey and others, providing weapons to Syria's protesters, perhaps with the approval, if not participation, of the United States.

All this comes as U.N. peacekeeping official Herve Ladsous says that Syria has descended into a full-fledged civil war.

U.N. officials have been careful to say repeatedly that Syria was merely on the brink of civil war. But they seem to have abandoned all such pretexts, according to the BBC.

"Clearly what is happening is that the government of Syria lost some large chunks of territory, several cities to the opposition, and wants to retake control," Ladsous said to the British broadcaster.