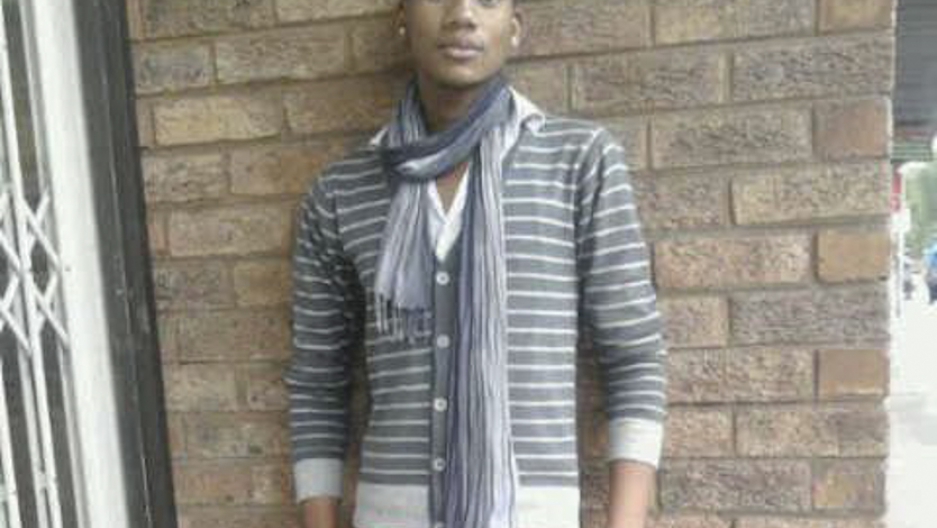 Thapelo Makutle, winner of a recent gay pageant in Kuruman, a city in the Northern Cape province of South Africa, was murdered and beheaded because he was gay, according to reports.
Share

Makutle's "genitalia was severed and inserted into his mouth," a statement by gay and lesbian rights groups said, citing unconfirmed reports from witnesses.

"His throat was so badly slit, and it was near decapitation."

Makutle, 24, was murdered early Saturday in the small town of Kuruman, in South Africa's Northern Cape province, reportedly after getting into an argument with two men over his sexual orientation.

Police have yet to make any arrests in connection with the murder, and haven't confirmed the motive of the attack.

The men followed Makutle back to his rented room, broke down the door and attacked him, according to Shaine Griqua, director of the group LEGBO Northern Cape.

"There are no signs that this was an attempted burglary, rather [it] is evident that [he] was killed because of his sexual orientation," a statement said.

Griqua told the Diamond Fields Advertiser, a newspaper in the Northern Cape, that Makutle's tongue and genitals were removed.

“It is worse that we initially thought. Part of his testicles and penis were cut out and stuffed into his mouth," Griqua said. "I tried to speak to the forensic doctor, who was not able to elaborate. The police are refusing to admit that this is a hate crime.”

While South Africa is one of the few countries in the world to extend equal rights to homosexuals, and the only nation in Africa to allow same-sex marriage, gays and lesbians living in townships and rural areas have faced brutal violence.

A report by Human Rights Watch described an "epidemic" of hate crimes against gays and lesbians in South Africa.

“The threat of violence that dominates the lives of lesbians, bisexual women, and transgender men, particularly in poorer and non-urban areas, beggars belief,” said Dipika Nath, a researcher in the New York-based group's LGBT rights program.

Griqua said hate crimes are increasingly common in the Northern Cape, and police are poorly trained to deal with incidents of violence against gays and lesbians.

"These people [the police] are not reliable. They don’t even know what a hate crime is. If you ask them if it was related to his sexuality they will say ‘no’ because they don't understand the context," Griqua told MambaOnline, a South African website.

According to LEGBO Northern Cape and other groups, a young lesbian was murdered earlier this year in Magojaneng village, near Kuruman, but police poorly investigated her death.

"She was mutilated, her genitalia cut out and a bottle was inserted into her body,"  a LEGBO statement said.

Anele Gxoyiya, Cosatu's Northern Cape secretary, on Wednesday condemned "this brutal attack on a young, brilliant and educated soul whose head was chopped off in a hate crime."

Lindiwe Mazibuko, parliamentary leader of the opposition Democratic Alliance, said Makutle's murder is part of a spate of homophobic hate crimes in South Africa, and called on President Jacob Zuma to speak out about the issue.

"This violent and gruesome assault is yet another reminder that many of our country's people are still denied the basic rights and freedoms which our Constitution enshrines," she said.