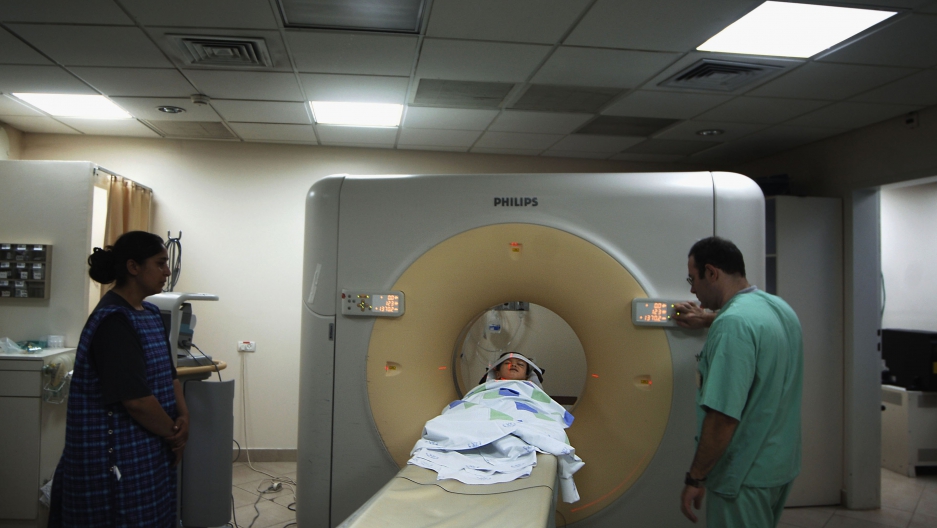 New research shows the use of medical imaging is skyrocketing in the US even among HMO-enrolled patients.
Credit: Shaul Schwarz
Share

The use of medical imaging in the United States has skyrocketed, leading to worries about radiation exposure risks.

A new study by the American Medical Association shows the use of computed tomography (CT) scans has tripled between 1996 and 2010.

According to Bloomberg, the number of people receiving high doses of radiation from the scans has doubled during the last 15 years.

This means that more and more patients receive greater than 20 millisieverts to 50 millisieverts of radiation - and sometimes higher - per year, while the general population is only exposed to about 6.2 millisieverts per year.

It is well-known that high exposure to radiation causes cancer.

The study was conducted by looking at millions of medical records of patients enrolled in six large HMOs around the country.

Researchers found that the increase in scans seemed to have little to do with incentives for doctors who might be paid for every test.

Looking at patients enrolled in HMOs, rather than programs such as Medicaid, meant that the financial incentive would be an unlikely reason for the increase as doctors were not paid per test, said WebMd.

“One of the thoughts for the change in the rise of imaging is a change in the incentives,” Rebecca Smith-Bindman, a professor of radiology and biomedical imaging at UCSF and study co-author, told Fox News.

“So we wanted to study patients see if there was an increase when there weren’t an incentives, and the rate of growth is very similar in all the other settings. It suggests that financial factors may play a role, but there are other factors as well.”

The study said that increasing scans were likely due to new technology making them more applicable in a wider range of illnesses, reported the New York Times.

It also said that patients were requesting them more often.

The study was published in the Journal of the American Medical Association.