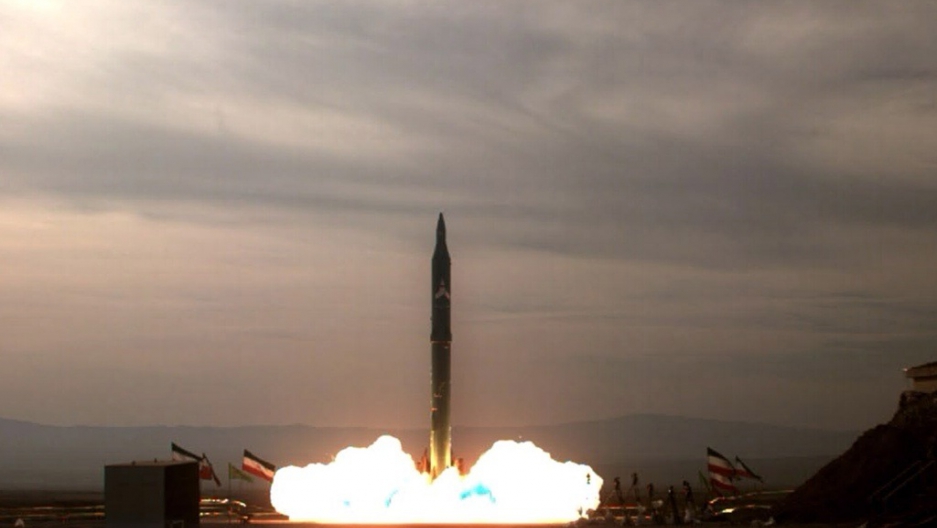 The countdown to a possible military strike against Iran's nuclear installations, by either Israel or the US, appears to be inching closer to the zero hour. In this photo, Iran tests a medium-range missile in 2009.
Credit: Vahi Reza Alaee
Share

JERUSALEM — The countdown to a possible military strike against Iran's nuclear installations appears to be inching closer to the zero hour. Some experts in Israel are predicting an attack soon after the US election in November.

Analysts here say that the possibility of a strike, either by the US or by Israel, seems more and more likely as diplomatic negotiations sputter, European companies lose patience with economic sanctions, and Iranian leaders and Western powers engage in a new round of verbal sparring.

Non-European based subsidiaries of European companies, for example, have already begun to claim exemptions from participating in the sanctions on Iran, which would undermine the US effort to pressure the country into giving up what the US believes is a militarized nuclear program.

More from GlobalPost: Has the Arab Spring created a bunch of mini Irans?

Iran's chief negotiator, meanwhile, has threatened to withdraw from the third round of talks, now scheduled for June 18 in Moscow. US Secretary of State Hillary Clinton countered that Iran must be prepared to "take concrete steps" if it wishes to continue talks.

The United States is particularly concerned about the International Atomic Energy Agency's announcement on May 25 that it believed Iran was enriching uranium to 20 percent, for which there is no known civilian use. Iran, meanwhile, deflected questions about the announcement, and continues to maintain that its nuclear enrichment program exists solely for non-military use.

"As things are, I think the chance is 100 percent," an Israeli intelligence officer told GlobalPost, referring to a possible strike. "But we don't know who will attack, or when."

"Quite honestly, things are not at a healthy place," said Ilan Berman, the vice president of the American Foreign Policy Council and an expert on Iran. "We are talking about the reactivation of a negotiations track that so far has not led to tangible benefits for the US and its allies but has, on the other hand, led to many tangible benefits for Iran."

Berman, like the Israeli government, thinks that in the absence of verifiable evidence that Iran’s not seeking to militarize its nuclear program, the continuing international discussions serve as no more than a fig leaf for Iran.

More from GlobalPost: Are Palestinians giving up?

Severe sanctions against the country’s central bank and against importing Iranian oil are set to begin over the next few weeks. But Berman points out that European companies are already chafing at the limitations being imposed on them, and are requesting exemptions in the face of the added cost of non-Iranian oil.

"Diplomacy inherently works to Iran's advantage," Berman said. "It allows the regime greater time to work on its nuclear effort. It is hard to envision that in the midst of these negotiations, there's going to be a dramatic tightening of sanctions. It will make a deal more difficult to achieve."

"The demands that accompany the sanctions are inadequate,” he told the paper. “You apply this whole set of pressures — for what? For practically nothing! Iran could stop the 20 percent enrichment at any moment now and not in any way retard their advancement in their [civilian] nuclear program."

Netanyahu listed three demands Iran should meet to avoid an attack: The halt of all uranium enrichment, the removal from Iran of all enriched uranium and the dismantling of the underground nuclear bunker in Qum, which is a point of noteworthy concern in Jerusalem.

Many observers are troubled by the possibility that Iran's recent acquiescence to full international inspections is, in fact, not much more than a ruse.

This concern was heightened last week with the publication of images that appear to show major installations being destroyed at the Parchin nuclear refinement facility. The Washington-based Institute for Science and International Security (ISIS), which released the images, said Iran might be attempting to hide the tracks of its nuclear enrichment before the arrival of international inspectors.

"Buildings are being torn down, and it looks like they could be cleansing the site, not wanting someone to inspect it," said David Albright, ISIS's president.

If so, it is a tactic Iran has used before. In 2004, six industrial-sized buildings at a nuclear research center were razed. The IAEA was then allowed to sample the rubble. The site is now a soccer complex.

Albright said the differences between the two nations can be measured in terms of each one's ability to respond to a potential Iranian move to weaponize its nuclear stores.

"Their military capabilities lead them to look at things differently. The United States has no trouble destroying the Fordow enrichment plant," Albright said, referring to the underground facility outside the city of Qum. "The US can make sure it is not operational. Israel may not be able to do that. That means the US can be a little more relaxed about Iranian nuclear capabilities developing. If Iran moves to make nuclear weapons, they can be struck militarily."

The situation remains ever more volatile and murky, with many Israelis convinced their government is planning an attack. Public fighting among senior intelligence officers has not lessened these concerns. Speaking at the Security and Foreign Affairs Committee of the Knesset, Israel's parliament, Israeli Chief of Staff General Benny Gantz derided former Mossad chief Meir Dagan, who has argued against the usefulness of an attack on Iran in recent months.

“People boast about things they don’t know,” Gantz said. "If they once knew something about Iran, it doesn't mean they know anything now."

Others see a calmer outlook — for now. Meir Javedanfar, a professor at the InterDisciplinary Center in Herzliya, views talk of an attack with skepticism, at least until US elections.

"The fact that the chances of an attack have receded will place more focus on other powerful methods of isolating the Iranian government. I think the Iranian government should really worry about the possibility of a military attack after the US election, especially if all is quiet in Israel."