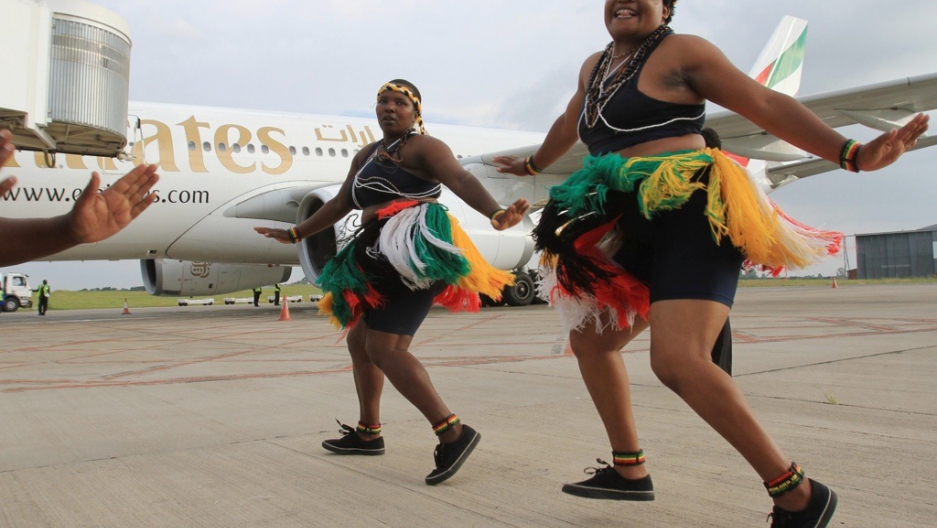 A new low cost airline is to be launched in Africa. The continent does not have enough airline routes and Fastjet will open new flights connecting East, West and Southern Africa, say its founders. Here, traditional dancers in Zimbabwe welcome the arrival of an Airbus jet on February 1, 2012.
Credit: Jekesai Njikizana
Share

NAIROBI, Kenya — A new low-cost airline for Africa offering regional flights for under $100 is in the works after regional carrier Fly540 was sold to a consortium that includes easyJet founder Stellios Haji-Ioannou.

London-based Rubicon Diversified Investments said it planned to buy Lonrho Aviation, the holding company behind Fly540 which has 10 aircraft flying regional routes in from airports in East, West and Southern Africa.

In a statement Rubicon said the acquisition was "a platform to launch a new low cost carrier, Fastjet, across Africa with Sir Stelios Haji-Ioannou, founder of the leading low cost airline, easyJet."

Lonrho said that Rubicon — which is 5 percent owned by Haji-Ioannou — would pay $86 million for the company.

In a telephone conference call with journalists, Ed Winter, who is slated to become chief executive of Fasjet said, "It is the optimum time to launch because Africa is hugely underserved from an aviation perspective. It is the last frontier for aviation.

"We will fly between Kenya, Tanzania, Ghana and Angola and the average fare will be $70-$80. We should be flying by the end of the year," he said.

Fastjet would then hope to expand to become the first pan-African low-cost airline, something that would be welcomed by African travellers who are frequently stung by sky-high rates for intra-continental travel.