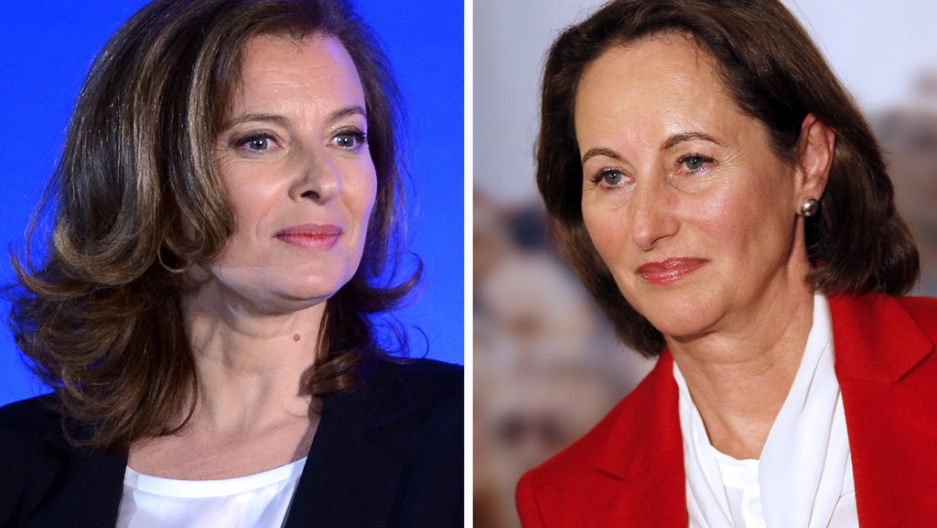 In a tweet on Tuesday, Trierweiler said, "Courage to Olivier Falorni, who has not been unworthy, who fights unselfishly alongside the people of La Rochelle for so many years," according to The New York Times.

The Guardian wrote that Trierweiler "sparked a political storm and embarrassed the Socialist party" with her tweet, and the incident may damage Hollande who faces criticism from the right that "animosity between his present and past girlfriends has turned his leadership of France into a celebrity soap opera worthy of the worst excesses of Nicolas Sarkozy's highly public love life."

More on GlobalPost: Is Germany catching the euro zone virus?

Trierweiler has been Hollange's partner since 2006, while Royal was Hollande's partner for over 30 years and is the mother of his four children, according to Bloomberg.

Trierweiler's Twitter has nearly 72,000 followers and the now notorious tweet resulted in hashtags such as #trierweilergate and #vaudeville, said Bloomberg.

Eric Ciotti, from former President Nicolas Sarkozy's party, said, "Vaudeville has come to the Élysée," while a Green politician, Daniel Cohn-Bendit, said, "I find it indecent that she takes a position in this business," according to The Times.

The Times said officials at the Élysée Palace confirmed that Hollande's support was behind Royal, but they refused to comment on the controversial tweet.

Falorni said, "It’s a message of personal support and friendship that I appreciate, especially within this context of political attacks and personal threats," according to Time.

Trierweiler's tweet comes just days before the ballot on June 17 for the lower house of parliament, the National Assembly, according to Reuters.

The Guardian noted that Royal is facing a difficult fight for the parliamentary seat in La Rochelle, with Falorni refusing to stand aside.