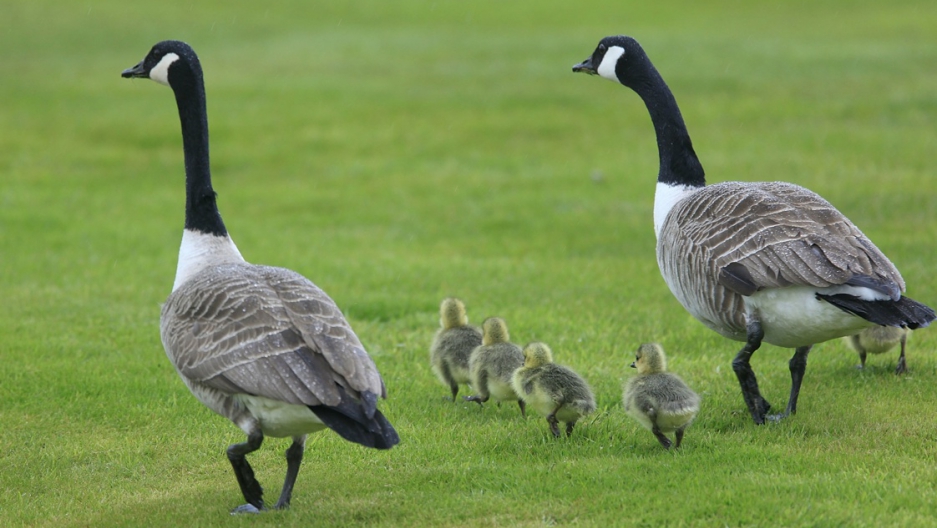 Canadian geese are considered monogamous, but have flings on the side.
Credit: Phil Inglis
Share

Here's another one for the “myth of monogamy” file.

For a long time, ornithologists believed that most birds were monogamous.

According to this article in Acorn, ornithologist David Lack estimates that at least 90 percent of nest-raised birds come from monogamous pairs.

Monogamous birds such as eagles and geese were long regarded as the epitome of fidelity and social monogamy, remaining together until one dies.

According to Acorn, Canadian geese are among the most faithful birds, mating for as long as 20 years.

But based on new DNA testing of several bird species, it turns out that even monogamous birds are not as loyal as previously thought.

They, too, tend to have flings on the side.

A study about the sex lives of birds, conducted by a Czech scientist and reported by Ceska Pozice, claims that more than 70 percent of bird species are prone to casual sex with another partner out of the stable couple.

In addition, 70 percent of chicks in the broods of some species can be attributed to a different partner.

So there you have it.

But don't despair. There are always prairie voles.

Scientists haven’t been able to disprove their supposed monogamy.