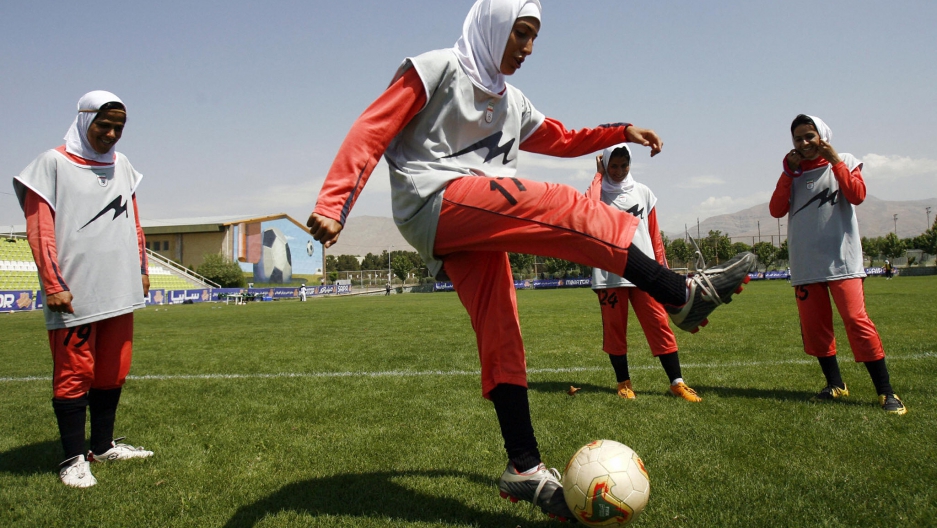 Women in Iran are being banned from watching live public screenings of Euro 2012 soccer games, according to the AFP, because it would be an "inappropriate" environment for them.

"It is an inappropriate situation when men and women watch football in (movie) theaters together," said Bahman Kargar, Iran's deputy police commander in charge of social affairs, according to the ISNA news agency.

Kargar further told the ISNA news agency that men become too rowdy while watching the soccer matches and can sometimes become vulgar and tell dirty jokes. Kargar said, "It is not within the dignity of women to watch football with men," adding that women should thank the police for the ban.

The AFP noted this is not Iran's first attempt to segregate the sexes. It noted Iranian women must use women-only swimming pools, beaches and parks across the country and may only travel in the back of public buses, or use women-only taxi cabs.

Yahoo Sports writer Brooks Peck noted that, "often times it's not within the dignity of men to watch football with men either," alluding to recent controversies surrounding the Euro 2012.

On june 8, GlobalPost reported on a growing racism issue, when news broke that images of "skin-headed extremists" were being used by the media to warn of terrible abuse awaiting non-white fans for the championship.

On the same day Reuters reported that the Dutch soccer squad was the victim of racist chants coming from the audience.

The BBC also aired a documentary titled “Stadiums of Hate," in which Ukrainian and Polish fans were depicted giving Nazi salutes, assaulting Asian supporters and attacking and making monkey noises at players of African origin.