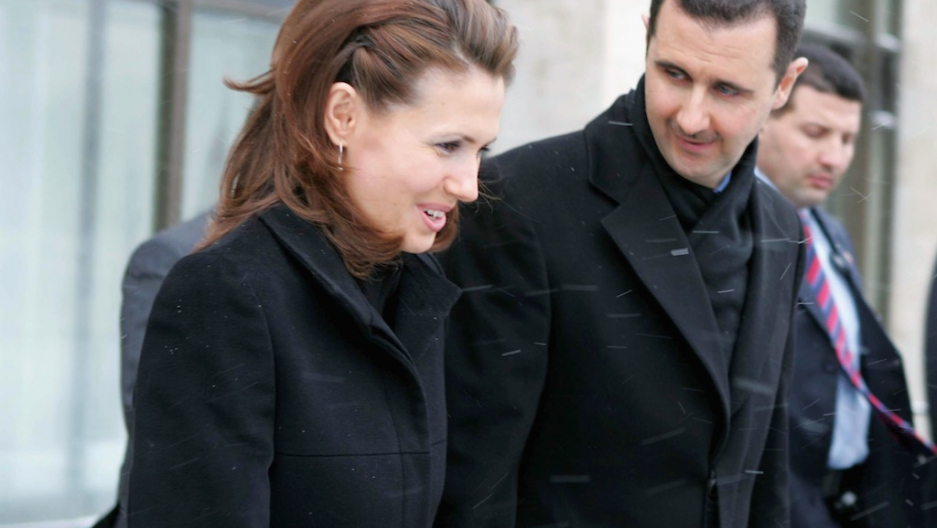 Bashar al-Assad and his wife Asma reportedly hired British and American public relations firms to paint them as "accessible, progressive and even glamorous," the New York Times reported Sunday.

The couple reportedly paid the high-profile Washington PR firm Brown Lloyd James $5,000 a month to be a liaison when Vogue magazine was working on a favorable profile of the Syrian first lady in March 2011, around the time Assad and his regime began cracking down on his political rivals, resulting in the deaths of thousands, the Times reported.

“He speaks English, and his wife is hot," Andrew Tabler, a Syria expert with the Washington Institute for Near East Policy who also worked for an Assad-sponsored charity, said of the pair's appeal.

Vogue initially defended its piece about Asma, and the article's writer Joan Juliet Buck told NPR's All Things Considered in April that "Vogue is always on the lookout for good-looking first ladies because they're a combination of power and beauty and elegance [...] and here was this woman who had never given an interview, who was extremely thin and very well-dressed and therefore, qualified to be in Vogue."

However, the magazine pulled the article down from their website this spring, New York Magazine reported.

"As the terrible events of the past year and a half unfolded in Syria, it became clear that its priorities and values were completely at odds with those of Vogue," editor-in-chief Anna Wintour said in a statement to the New York Times.

The Washington Post's Jennifer Rubin argued in April 2012 that it was not just the media that fell for the Assad's PR scheme.

"It was the Washington liberal foreign policy community that, for years, had fancied Bashar al-Assad as a constructive player in the Middle East," Rubin wrote in an op-ed. "It was President Obama, in the face of overwhelming criticism from conservatives, who commenced a fawning engagement of Assad. It was Secretary of State Hillary Clinton who persisted in calling him a “reformer” as the bodies were piling up."

Syria is notoriously repressive of journalists stationed in the country, the Times pointed out. According to the Committee to Protect Journalists, 13 reporters have been killed in Syria since November 2011.