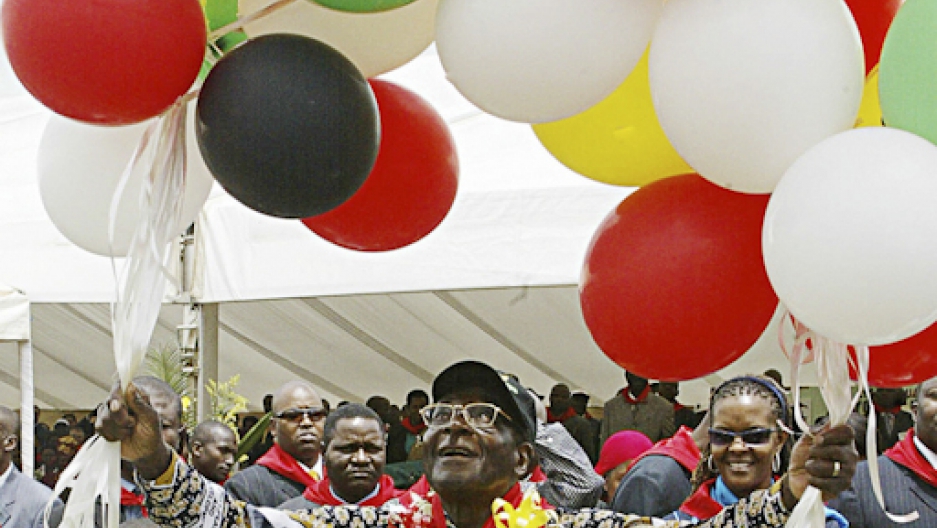 Mugabe's annual birthday tradition of releasing the balloons. And yes, the printed shirt Mugabe is wearing does appear to bear his own image.
Credit: DESMOND KWANDE
Share

More people are dying on the day they were born, according to research published in the Annals of Epidemiology.

The "Death has a preference for birthdays—an analysis of death time series" report, published June 4, tracked the death trajectories over more than two million people over a 40-year span, reported The Telegraph.

Overall, the research revealed a 13.8% greater probability people will die on the day they were born, said the report.

More from GlobalPost: Healing The World

"Birthdays end lethally more frequently than might be expected," study author Dr Vladeta Ajdacic-Gross of the University of Zurich told The Telegraph. Findings reportedly revealed a significant increase in heart attacks, strokes, falls and suicides on that day.

There are two main theories as to why this might be the case. One is that ill people can fixate on their birthdays, thus readying themselves for a possible major life event on that day -- this is called postponement theory, said The Independent.

But the new report backs an alternate explanation, the anniversary hypothesis, which holds that the phenomena is caused, at least in part, by the day itself, reported The Independent. Birthdays can be stressful, emotional, prompting the so-called "birthday blues," and so forth.

After all, William Shakespeare died on his birthday, said The Telegraph.

Research from hospitals also shows a higher admissions for cardiovascular conditions on birthdays, for example, according to The Independent.