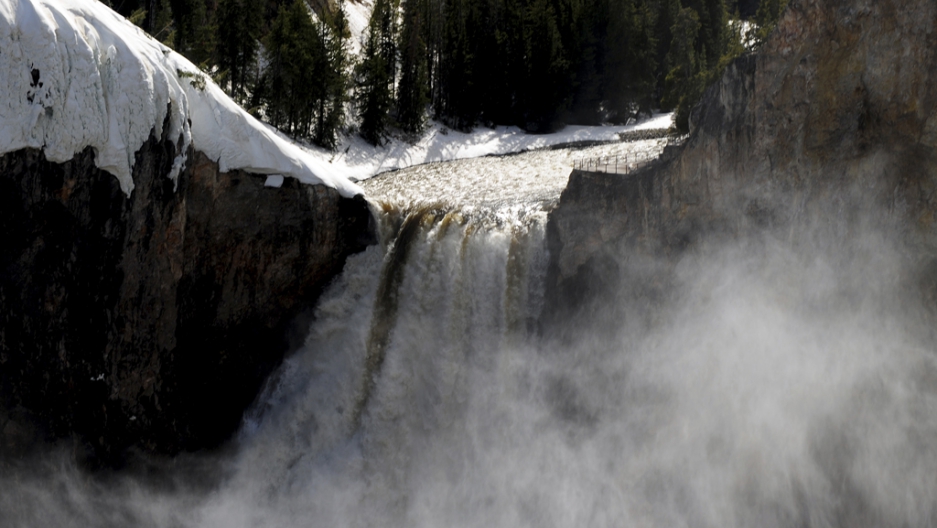 An 18-year-old Yellowstone National Park worker died Thursday after she fell 400 feet while hiking with friends near Inspiration Point in the Grand Canyon, the park said Friday.

It was the concession worker’s first day in the park, which is located in the northwest corner of Wyoming.

She was hiking the canyon’s North Rim Trail just before 5 p.m. with three friends when she ventured off the marked trail onto a loose rock point, which quickly gave way underneath her.

Another member of the group avoiding falling, Reuters reported.

“The 18-year-old was sitting on a ledge when the rock fell away. Someone was standing right behind her and, miraculously, didn’t fall,” parks spokesman Dan Hottle told Reuters.

A parks helicopter spotted the woman’s body about 400 feet down the canyon wall, and determined she didn’t survive.

Because of darkness, it wasn’t until noon Friday that they could safely remove her body with the help of a short-haul helicopter.

ABC News in Denver reported the victim was from Russia, but Yellowstone isn’t releasing the victim’s identity until the park can notify family.

“Visitors are reminded that hiking close to canyon rims in the park is extremely dangerous,” a Yellowstone news release says. “Staying on posted, designated canyon rim trails is a must due to the instability of loose dirt and rock near ledges.”

About 12 people have fallen to their deaths in 30 years at the park, according to Reuters.