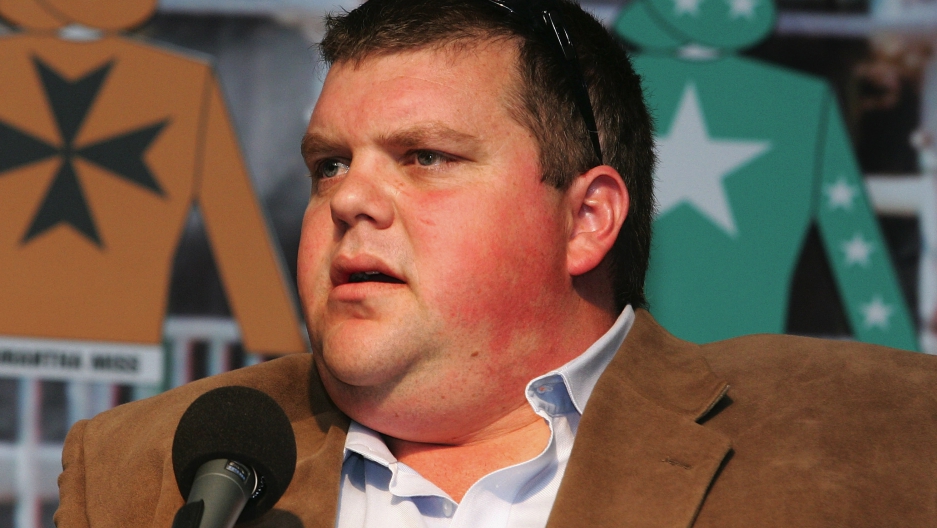 Nathan Tinkler during the Cox Plate Breakfast With The Best trackwork at Moonee Valley on October 21, 2008 in Melbourne, Australia.
Credit: Lucas Dawson
Share

Ranked Australia’s 26th richest person, Tinkler — known for his flamboyant use of his wealth to buy sporting teams, thoroughbreds, property and expensive toys — wants to be closer to the Asian markets, investors and financiers, his spokesperson told the Fairfax media.

The married father of four — a former electrician — was also pursuing new resource sector interests and seeking to invest in port infrastructure, although spokesman Tim Allerton said it was too early to reveal details of his plans.

"You’ll hear about it," he told the Australian Associated Press.

More from GlobalPost: Tough times Down Under for Australian billionaires

Allerton said Singapore would be Tinkler's "principal place of residence."

Fairfax pointed out that personal tax rates in Singapore are among the lowest in the world, capped at a maximum 20 percent, while Australia's top tax rate — affecting the country's wealthiest individuals — is 46.5 percent.

However, the Wall Street Journal reported this week that Australia's economy was the fastest-growing in the developed world, defying growing gloom.

Tinkler, meantime, made his fortune by selling his house to fund the purchase of a neglected Queensland coal mine for $1 million which he then sold for $441 million.

"He’s going to spend a lot of time in Australia, he’s still committed to Australia and all his business interests here."