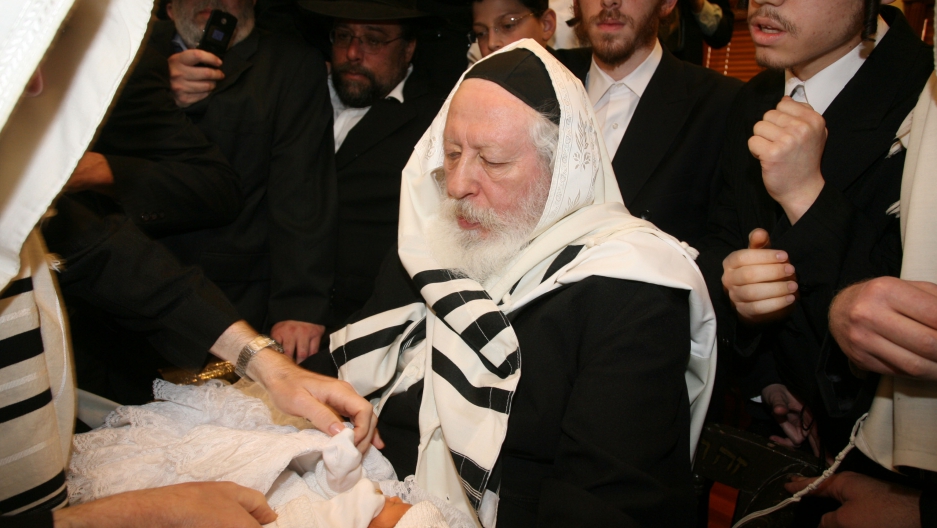 An out-of-hospital Jewish circumcision ritual has been found to cause herpes in some cases.

The CDC found that between November 2000 and December 2011, 11 newborn Jewish babies were infected by herpes following a ritual circumcision known as a bris.

Ten of the babies were hospitalized with some suffering brain damage and two died, CBS News reported.

The ritual is conducted mainly within the Jewish ultra-Orthodox community and sometimes sees the "mohel" suck the blood away from the newly circumcised penis after the cutting.

The suction of the blood is called the "metzitzah b'peh."

The procedure is done on the 8th day after birth.

The Centers for Disease Control and Prevention said that the ritual risks spreading the infection from the mouth of the circumciser to the baby's penis.

"Oral contact with a newborn’s open wound risks transmission of [herpes simplex virus] and other pathogens," the researches wrote in their report, said MyHealthDailyNews.

"Circumcision is a surgical procedure that should be performed under sterile conditions."

According to Time, both of the infant deaths were attributed to one mohel in New York City.

Other infections were linked to just a handful of practitioners.

In 2005, New York City mayor Michael Bloomberg wrote an open letter to rabbis asking them to halt the practice due to health risks.

The report is published in the CDC's Morbidity and Mortality Weekly Report.