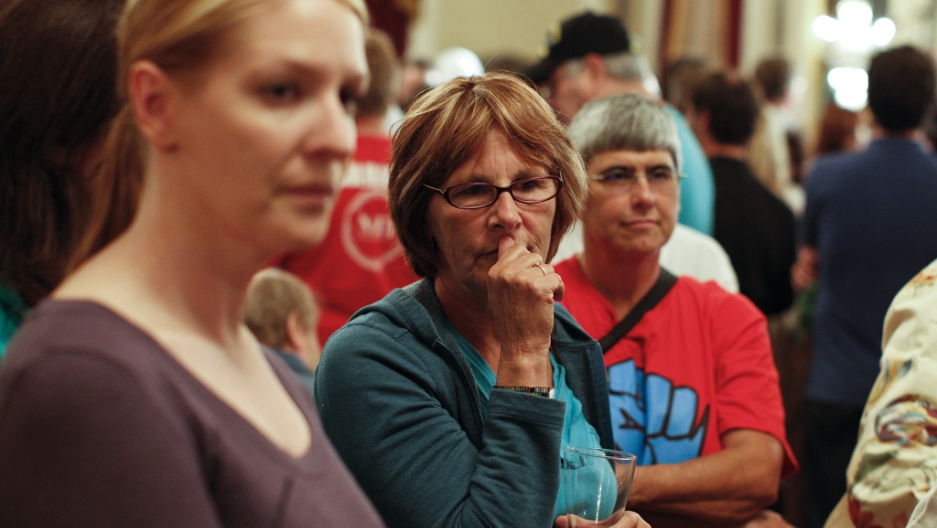 According to early exit poll results and estimates by CNN and The Associated Press, the Republican governor had about 57 percent of the vote over his Democratic challenger’s 43 percent.

Walker told the AP it’s time “to put our differences aside and find ways to work together to move Wisconsin forward.”

His attempts to reign in government spending made him a beacon for the tea party and fiscal Republicans.

Presidential campaigns attempted to frame Wisconsin’s fight as a precursor to the larger election in November.

GOP candidate Mitt Romney immediately trumpeted Walker’s victory for his own cause.

“Tonight’s results will echo beyond the borders of Wisconsin,” Romney said in a prepared release, according to MSNBC. “Gov. Walker has demonstrated over the past year what sound fiscal policies can do to turn an economy around, and I believe that in November voters across the country will demonstrate that they want the same in Washington, D.C.”

The network cited Center for Public Integrity figures that estimated political spending at nearly $64 million – or almost $30 million more than the 2010 governor’s race.

Walker also beat Barrett two years ago with 52 percent of the vote.

“What’s happened is, Scott Walker has become the rock star of the far right and has been able to raise literally millions of dollars from out-of-state contributors,” Barrett said.