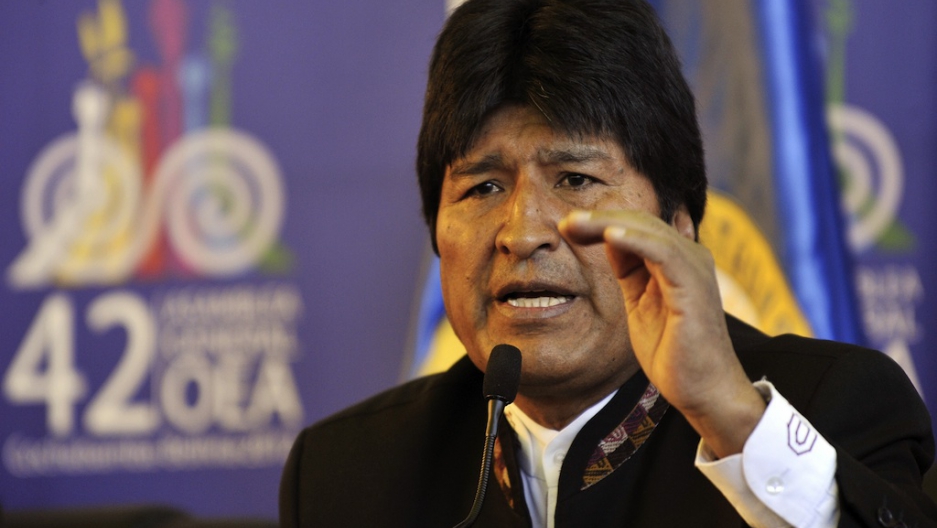 After over 50 years of existence, the Inter-American Commission on Human Rights, the rights body of the Organization of American States (OAS), faces dissolution if it can't evolve.

Boliva's president Evo Morales called for the IACHR's elimination on Sunday, reported AP, at the annual conference of American states that ended yesterday in Cochabamba, Bolivia. Leaders from Ecuador, Venezuela and Nicaragua have echoed this sentiment, asserting that IACHR is an instrument of the United States and expressing the need for the independent body to have oversight responsibilities of the US. It has never had jurisdiction here.

“We cannot accept the double morals and the inconsistencies,” said Ecuador's President Rafael Correa. “We need to focus on the priorities of our America — this neocolonialism is over.”

The IACHR is based on the oldest international human rights system, the 1948 American Declaration of the Rights and Duties of Man, which predeates even the UN Declaration of Human Rights. Recent notable investigations of IACHR include the recent Belo Monte Dam project in Brazil, which displaced an indigenous community, and the rapes and brutal murders in Ciudad Juárez, Mexico.

According to the Miami Herald, many delegates of the 34 member nations present in Bolivia were talking about evolution as opposed to complete dissolution, but it seems everyone involved is unhappy with state of the coalition.

The US and Canada are accused of having essentially a superiority complex, a feeling that flared when the US delegation in Bolivia had nothing to say but neutral statements and calls for working together in harmony.

Meanwhile, the four aforementioned countries also pulled out of a regional alliance that mandated treating an attack on one country as an attack on all of them. The Inter-American Treaty of Reciprocal Assistance was originally set up as a US initiative, according to the Herald, and leaving the alliance was just the latest expression of annoyance by Latin American states at the US man-handling of OAS – the US hasn't even ratified the original treaty, the 1969 American Convention on Human Rights Pact of San Jose, which led to the founding of IACHR.

“If [the U.S.] thinks these organizations are as important as they say they are, they should sign the Pact of San Jose today and give the Inter-American Court jurisdiction in the United States,” said Venezuela's Foreign Minister Nicolás Maduro.

Reuters reported that Brazil, Mexico and Argentina also called for the various arms of OAS to "modernized," although Costa Rica said any reform would have to preserve the commission's autonomous, international character.

However, the thought of dissolution or even sweeping changes has upset organizations like Human Rights Watch. Americas Director of HRW, José Miguel Vivanco, published an article before this week's General Assembly that expressed concern for the dissolution of an international body that has accomplished significant human rights strides in a region that has long been plagued by dictatorial leaders.

"If this organization has been so successful, why then has a campaign against it been launched?” Vivanco wrote. “Very simple: Because it has touched the interests of important governments that possess clear autocratic tendencies or are sufficiently powerful as to believe that they are entitled to not render accounts to a supervisory regional body.”

Vivanco, Human Rights Watch and other organizations are worried for the future of the Americas, however, while all the talk of dissolution and reform rattled on, the General Assembly still managed to approve The Social Charter of the Americas, which calls on member states to “promote inclusion and to prevent, combat, and eliminate all forms of intolerance and discrimination, especially gender, ethnic, and race discrimination in order to safeguard equal rights and opportunities and strengthen democratic values.”