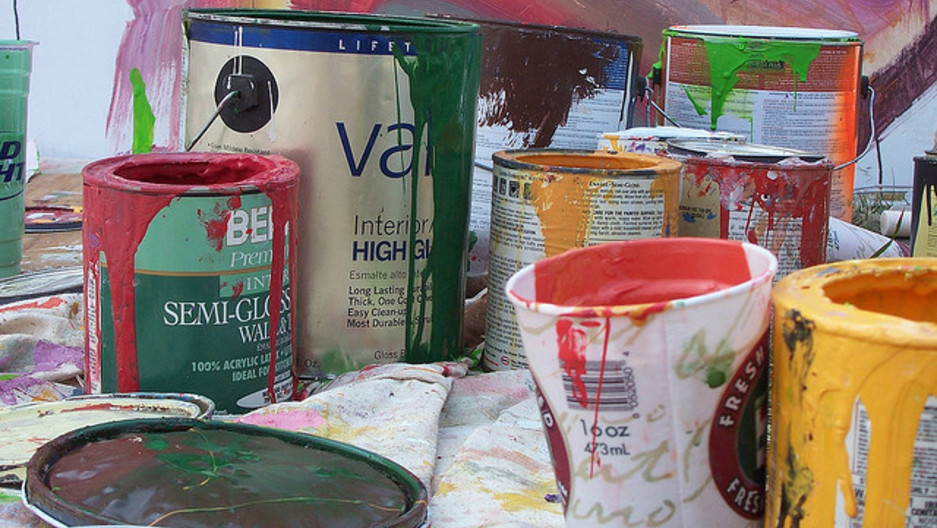 Chemicals found in everyday items like paint, plastics and medicine are being linked to obesity. (Photo by Flickr user JasonLangheine, cc-by-sa.)

A majority of Americans are overweight and a third are medically obese. Sedentary lifestyles, easy access to calories, inadequate sleep and genes are all factors.

But Bruce Blumberg of the University of California, Irvine, is among a small group of researchers who have found prenatal exposures to common chemicals could also be programming us to get fat.

He coined the word “obesogen” to describe these chemicals after studying tributyltin — a commonly used chemical with a wide range of uses.

Tributyltin is used as a fungicide in paints, to preserve wood and it keeps marine life and fungus from growing on various surfaces. It also makes animals fat. This fungicide, however, isn't the only compound that can have such an effect.

Blumberg said some of the strongest evidence for chemical obesogens come from the existence of pharmaceutical obesogens. There are several drugs that cause users to gain weight. Common medical drugs such as those used to treat diabetes, depression and mental disorders are common culprits.

“Our premise is that if there are drugs that make people fat, why would you expect that a chemical that targets the same pathway in a cell, wouldn't have the same effect?” Blumberg said.

Blumberg said that their research and the research conducted in other laboratories suggests prenatal and early life exposure to obesogens can reprogram the metabolism of the individual that’s exposed, so that they use calories differently.

“The broader implications are that it isn’t strictly calories in, calories out that is causing people to become fat,” he noted. “Our prenatally exposed mice get fatter on an absolutely normal diet."

They also found indications that exposure to certain pesticides are programming animals to be fat throughout their lives.

Blumberg said that he and his researchers did not observe any large changes in appetite. However, they did observe a greater number of larger fat cells as well as a host of stem cells that were predisposed to make more fat cells. These stem cells are receiving instructions from chemicals to become fat cells instead of bone or muscle.

“So you’re getting the direct instruction to become a fat cell, but you’re also getting the different kind of instruction that says: this group of you are gonna be more likely to form a fat cell than a bone cell. That doesn’t mean that I can’t override it, but in the absence of extra instructions, you’re going to go down the fat pathway,” he said.

There is currently no way to eliminate these fat cells. In fact, Blumberg said the human body is predispositioned to have a certain number of fat cells in adulthood based on early life experiences and set by the end of puberty.

"So, if you have liposuction and remove some of those adult fat cells, they’ll come back. They might not come back in the same place, but your body will replenish that number of cells," he said.

"So it dooms you to have a metabolism that tends to store calories more effectively then to burn them. That means that you have to watch what you eat more, you have to exercise more, you have to try harder than someone who has not been exposed," Blumberg said.