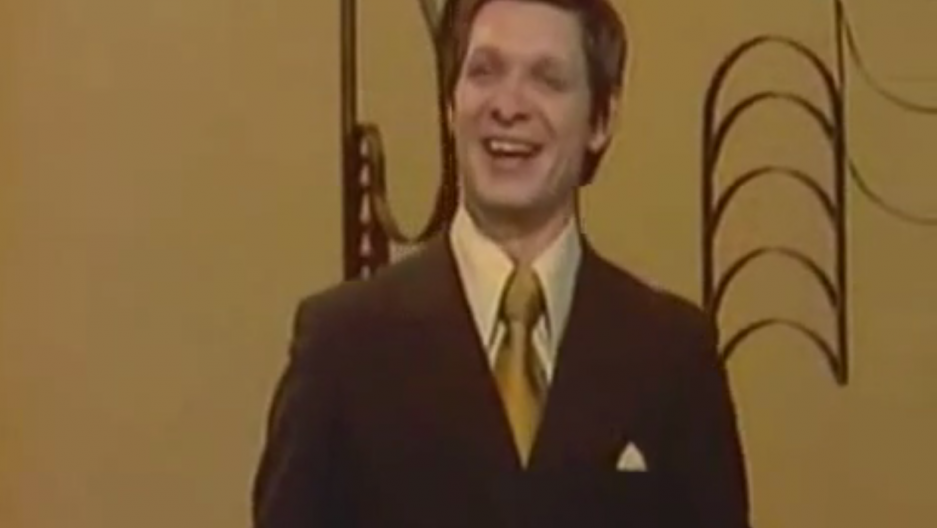 Eduard Khil, famously known to Internet users as Mr. Trololo, died on Monday in his native Russia. He was 77.

It’s a sad day for Internet users of a certain age.

Eduard Khil, the King of Soviet pop has passed away in St. Petersburg, Russia.

Khil was better known as the YouTube sensation, “Mr. Trololo.”

Eduard Khil was enormously popular in the old USSR. But it wasn’t until 2010 that he received the international stardom, that he, umm, deserved.

It was then that a 1976 video was posted on YouTube. It went viral, scoring millions of hits, and spawning hundreds of spin-offs and parodies, including a cameo on Family Guy.

For those of you who missed it – and there are some; perhaps those without teenage children – it’s the visual appeal as much as the song that puts this video into so many people’s lists of best Internet videos of all time.

An ungainly Eduard Khil, dressed in a plain, brown Soviet suit jaunts across an epically kitsch yellow stage, pausing now and then to wag his finger at the audience that isn’t there.

His eye make-up is worthy of Twilight and his hair is of dubious human origin.

His lips don’t seem to move in time with his vocalization.

At first glance, musically and visually, it’s appalling. So bad, you can’t believe it’s real. And yet, after a minute or so, as one’s guffawing subsides to sustained giggling, Khil suddenly starts to charm you.

Clearly, he’s having a blast, trolololing away.

And his own enthusiasm draws you in and pretty soon you’re trolololing along with him.

It certainly helped pass the time on plenty of road trips with the kids. And then, within a few weeks, we citizens of youtube were introduced to the real Eduard Khil.

Enterprising reporters tracked him down in St Petersburg, Russia.

Instead, Khil beams into the camera and picks up where he left off, trololing away.

Clearly he hadn’t lost any of his infectious charm and joie de vivre.

In fact he seemed genuinely flattered by his new fame.

And he even enjoyed the endless parodies.

Then we found out the back story; how as a child he narrowly survived World War Two, separated from his family in an air raid, and living as an orphan for two years.

How he made his name in the Soviet Union, only to see his fortunes collapse along with the Berlin Wall, but then to find fame again late in life.

Throughout it all, he just kept smiling.

And so I, and maybe a few other citizens of YouTube, will down a shot of stoli tonight for Eduard Khil, for bringing us joy; and reminding us how irresistible a smile and a positive attitude can be.