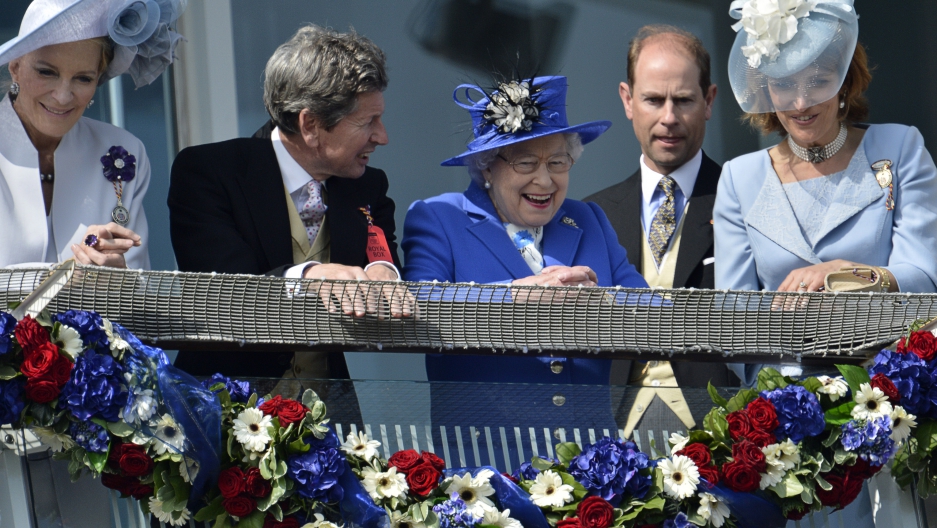 Britain's Queen Elizabeth smiles after the Derby horse race at the Epsom Derby festival in Epsom, southwest of London June 2, 2012 during her Diamond Jubilee celebrations.

Across the United Kingdom, streets are lined with Union Jacks in celebration of Queen Elizabeth II’s Diamond Jubilee — 60 years since she inherited the crown in 1952.

But with the Queen’s Golden Jubilee only a decade behind them, a royal wedding last year and the Olympics coming up this summer, are Britons up for yet another party?

“Absolutely,” said Sally Bedell Smith, author of Elizabeth the Queen: The Life of a Monarch, an authorized biography which came out this year.

Bedell Smith said that after years of scandal and tragedy in the royal family, people have come to appreciate the Queen’s steadfast sense of duty and discretion.

“One of the messages, probably subliminal, that the Queen is sending during these Jubilee festivals, is that there is royal family solidarity again,” Bedell Smith said.

The festivities are also a chance to show how the Queen and the institutions around her have changed with the times.

“She has incrementally modernized the monarchy,” Bedell Smith said.

And while Buckingham Palace doesn’t openly embrace movies such as The Queen (2006) and The King’s Speech (2010), Bedell Smith says officials there see them as helping the brand.

“I’ve traveled overseas and around the U.K. with the Queen and Prince Philip and their entourage,” she said. “Their press people almost work like producers. It’s a very sophisticated operation. They understand the need for royal branding.”