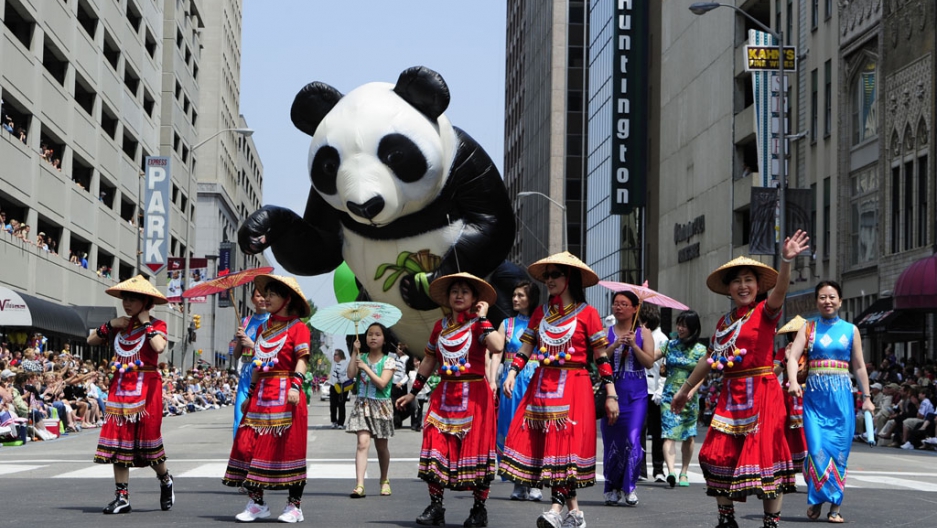 The Confucius Institute of Indianapolis float during the parade for the 100th Anniversary of the Indianapolis 500 on May 28, 2011, in Indianapolis, Indiana.
Credit: Robert Laberge
Share

HONG KONG, China — An increasing number of American universities have at least one interest in common with China’s Communist government: Confucius Institutes.

First established in 2004, these controversial cultural outposts have multiplied at colleges around the country, with over 80 in the US this year — more than any other country in the world.

Funded by Beijing, and explicitly designed to improve China’s “soft power” around the globe, Confucius Institutes came under fire last month when the US State Department unexpectedly announced new rules targeting them.

In a surprise announcement on May 17, the US said that many of the program’s language teachers were in America on improper visas, and would have to leave the country to re-apply. In addition, the note said that Confucius Institutes would have to obtain additional accreditation.

The rules caused a stir in China, where netizens mocked both countries, and a nationalist tabloid asked, “Why is Washington so afraid of Confucius?” In America, affiliated universities scrambled to compose defenses for their Confucius Institute staff. Many speculated that the policy was America’s tit-for-tat response to China’s crackdown on illegal foreigners.

More from GlobalPost: Is China turning against foreigners to cement control?

Less than a day later, after a furious diplomatic back-and-forth, the State Department reversed itself completely. Now, it said, teachers could stay in the US, and would even get US government help to obtain the correct documents. The department spokesman went so far as to call the original decision “sloppy and not complete.”

Why such a big blowup over a few dozen cultural facilities?

While many people see the institutes as benign, bringing skilled language instruction to far-flung universities like Kansas, New Hampshire and Texas — not to mention Stanford and Columbia — critics worry about the long-term impact of having Communist Party-sponsored facilities on American campuses.

“The [Confucius Institute] is a tool of the Chinese government and Communist Party to promote China's interest abroad,” says Chris Reardon, a China expert at the University of New Hampshire, which has one of these institutes. “It is up to the foreign host institution to institute safeguards and oversight.”

In particular, critics worry that the Confucius Institutes could inhibit academic freedom by refusing to engage in debate over issues that Beijing views as sensitive: Tibet, Taiwan, China’s military, Falun Gong.

Many users of China’s microblog service, Weibo, share this view. “It’s very necessary for the US to prevent China from promoting enslaving education and authoritarian thoughts,” wrote one.

“The teachers probably only teach about enslavement and dictatorship. Teachers from Taiwan won’t be sent back,” wrote another.

Moreover, some people believe that because of their ties to Beijing Confucius Institutes could serve as a cover for monitoring Chinese students abroad, industrial espionage and recruiting spies. In testimony before Congress this March, Steven Mosher of the Population Research Institute, a human-rights NGO, pointed out that the parent organization of Confucius Institutes, Hanban, is indirectly controlled by China’s United Front Work Department, which is responsible for “subversion, cooption and control.” He cited the work of James F. Paradise of UCLA, who called the institutes “Trojan horses” for China.

Perhaps even more telling, the propaganda chief of China has said that the Confucius Institutes are “an important part of China's overseas propaganda set-up.”

But defenders point out that these fears are still only hypothetical. As it stands, Confucius Institutes simply offer straightforward language and cultural programming.

In April, middle school students in Alabama were treated to a traditional Chinese orchestral concert at Troy University’s Confucious Institute. And for universities that lack adequate Chinese instruction, the institutes can seem like a blessing; each institute brings $100,000 to several million dollars in funding per year, along with native Chinese teachers and cultural events.

“Among the faculty who teach about Asia, there was considerable concern originally about the Confucius Institute," said Kristin Stapleton, director of the institute at the University of Buffalo. "Some thought it [would] lead to attempts to influence academic programs on campus. However, those fears have subsided, as our programs have developed and people have seen their worth.

“So far, we have not experienced any attempt to limit our academic freedom. … They give us a lot of latitude to accomplish those goals and have never tried to interfere with our school's academic freedom. If they did, of course we would not be able to host a Confucius Institute.”

Whatever its motive, nobody can doubt that Confucius Institutes are a core part of the Chinese government's strategy to build its soft power around the world. Since the program was founded in 2004, Beijing has spent more than $500 million, according to estimates from Bloomberg. By 2020, Beijing wants to have 1,000 of them, up from 325 today.

Of course, the US is engaged in a bit of cultural diplomacy of its own, even with the drawdown in spending since the Cold War. The University of Nebraska, for its part, has set up an institute to promote American culture and history in Xi’an, China, where it gives programs on jazz and “Who’s Afraid of Virginia Woolf.”