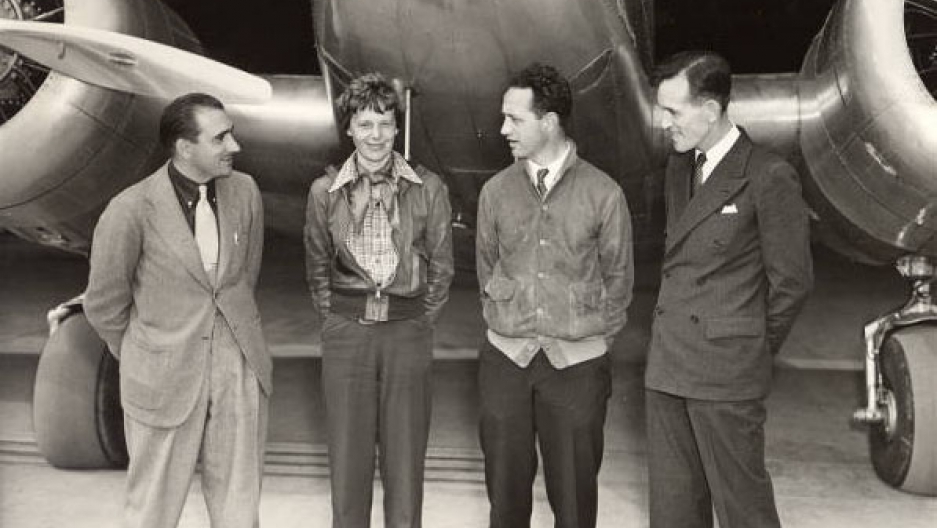 New evidence shows that Earhart did not just disappear but survived on a Pacific island.
Credit: Wikimedia
Share

Amelia Earhart lived with navigator Fred Noonan for days or longer on a Pacific island, ending the theory that she simply vanished, new evidence suggests.

The International Group for Historic Aircraft Recovery, the group investigating the disappearance, said Friday that new evidence of SOS signals and artifacts had been found on the island.

The group presented the new evidence Friday at a three-day conference that presented new research about Earhart's expedition across the globe.

The researchers says that previously dismissed distress signals may have actually been real, reported the Christian Science Monitor, and that Earhart and her partner's location could be traced to a tiny Pacific "atoll."

The atoll was known then as Gardner Island but is now called Nikumaroro Island. Earhart's plane is thought to have landed on the tiny Pacific reef but later been washed away by a rising tide.

According to UPI, Earhart apparently sent out 57 signals for help, most of which were previously dismissed as bogus.

Discovery reported that further evidence of Earhart's demise on the tiny strip of land was the discovery of a cosmetic jar of anti-freckle cream.

The jar was found on the island and it is well-known that Earhart had freckles that she detested.

It was previously believed that Earhart has simply "vanished" on July 2, 1937 while she made her way around the world.