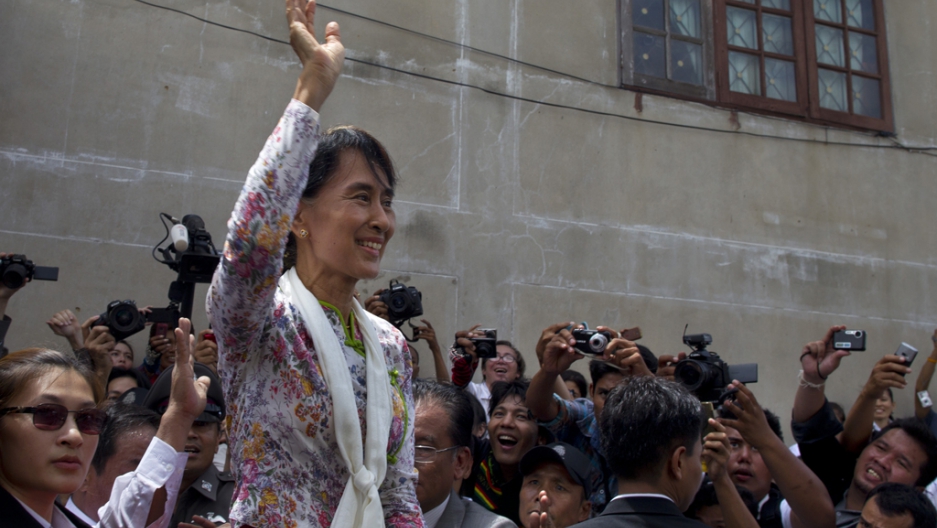 The nobel laureate has used her six-day Thailand trip to raise awareness over the plight of country's Myanmar minority.

She traveled to the Myanmar-Thai border today to visit the Mae La refugee camp, where some 45,000 war refugees live, said the Associated Press.

“I’ve been in Thailand for 45 years now," one refugee woman told Euronews. "I have never gone home. It’s like my own mother coming.”

The border area is also home to some 140,000 ethnic Karen refugees, according to AP, a group that has been fighting for independence from Myanmar since the country gained independence in 1948.

Suu Kyi's visit today comes a month after representatives from the Karen National Union met with her and Myanmar presidential officials over a cease-fire agreed to in January, said AP.

The New York Times said Suu Kyi's Thailand trip has been problematic for the nation's officials, who are concerned that her positions -- which do not always fall in line with the interests of the Myanmar government -- will imperil fragile Thai-Myanmar relations.

Local Thai officials told the Times today that Suu Kyi's visit to the camp was heavily restricted, banning her from making a speech, not allowing her to meet local ethnic leaders, and trying to limit foreign press access to the event.

Suu Kyi was kept under strict house arrest for years by Myanmar's former military rulers, and was freed after the country held reform-minded elections in 2010. She won a seat in parliament in the country's April elections. She will be traveling to Europe later this month, according to AP.