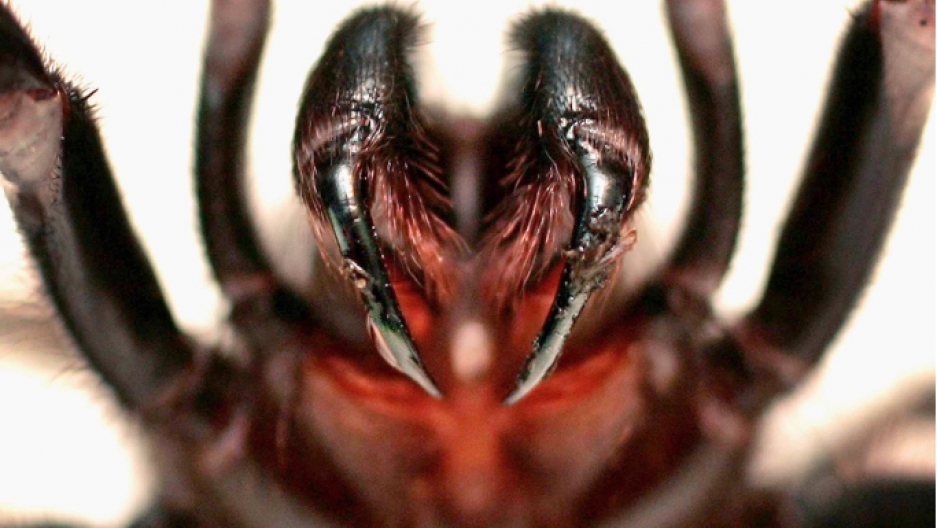 A Funnel Web spider is pictured at the Australian Reptile Park January 23, 2006 in Sydney, Australia. The Funnel Web is one of Australia's deadliest animals, with a venom that is packed with at least 40 different toxic proteins.
Credit: Ian Waldie
Share

The Indian town of Sadiya has been swarmed by deadly spiders that have killed two people, The Times of India reported.

The spiders, species unknown, showed up May 8, interrupting residents as they took part in a Hindu festival, said The Times.

Residents there fear a fresh onslaught of the "alien" spiders, reported The Hindustan Times.

Sadiya resident Purnakanta Buragohain and an unidentified school boy both died after being bitten, reported NewsCore.

Local hospitals were overwhelmed by people wounded by spider bites. A team of scientists arrived May 22 to investigate the incident and try to find an antidote, said The Times.

Dr. Saikia of Dibrugarh University told The Times that scientists haven't been able to identify the spider yet, saying the creature is "similar to the tarantula, but it could be a whole new species."

Whatever it is, Saikia described it as a "highly aggressive spider" that "leaps at anything that comes close," citing victims who said it "latched onto them after biting."

He said its venom needs to be tested before it could be definitively called a killer spider.

British naturalist Dr Vejay Singh told The Times that the swarming could be attributed to an environmental crisis. "Swarms of spiders are rare, although they have been reported, usually after flooding when the spiders search for dry and higher ground," he said.

The town of Sadiya, located in the Assam region, is also home to a leading Maoist community, according to The Hindustan Times.