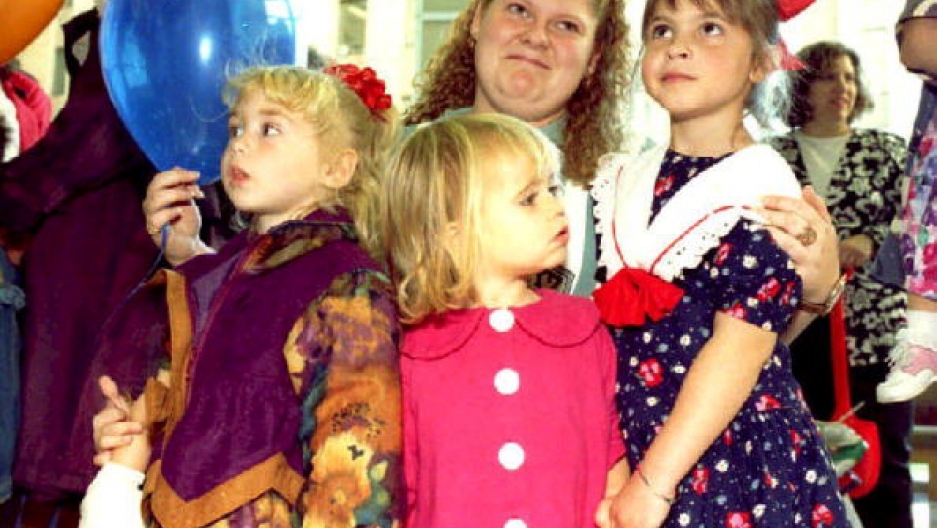 Louise Brown (top), from England, was the first ever child to be conceived through in-vitro fertilization.
Credit: RACHEL COBB
Share

Just as the US goes through the aftermath of President Obama’s same-sex marriage endorsement, a controversy of similar proportions is brewing on the other side of the Atlantic.

For the first time in UK  history, same-sex couples will be given the same rights as heterosexual couples for fertility treatment, The Telegraph reports. But that's not all:

“The NHS will also extend the upper age limit for IVF, or in-vitro fertilisation, by three years to 42, following advice that suggests many women in their late 30s and early 40s could conceive after treatment. The move will see thousands of women a year given the chance to become mothers without having to pay up to L8,000 to private clinics.”

According to The Telegraph, the new guidelines also call on health authorities in England and Wales to fund fertility treatment known as intra-uterine insemination (IUI), using donor sperm, for people in same-sex relationships.

If they fail to conceive after six cycles of IUI, they should be considered for IVF, which is much more costly and involved.

“Demand from gay couples paying privately for fertility services has subsequently boomed, say clinics. Official figures show the number of lesbian couples undergoing IVF rose from 178 in 2007 to 417 in 2010,” reports the Telegraph.

Demand aside, many in the UK, including the commenters below the article, view this as a surprising — if outright irresponsible — move by the government, given that all across Europe, the UK included, cuts in IVF treatment have been one of the first things to be slashed in recent healthcare budgets.

At the same time, Europe’s population is aging rapidly, since people either aren’t having children, or postponing childbearing years until their late thirties or early forties when chances of infertility shoot up.

And this is where the vicious cycle starts.

No children today means no tax payers in two decades. Which, among other things, means no money to fund the NHS (National Health Service). Which, in turn, means no IVF. Which means no babies, which means…

Up for the vicious IVF cycle, anyone?