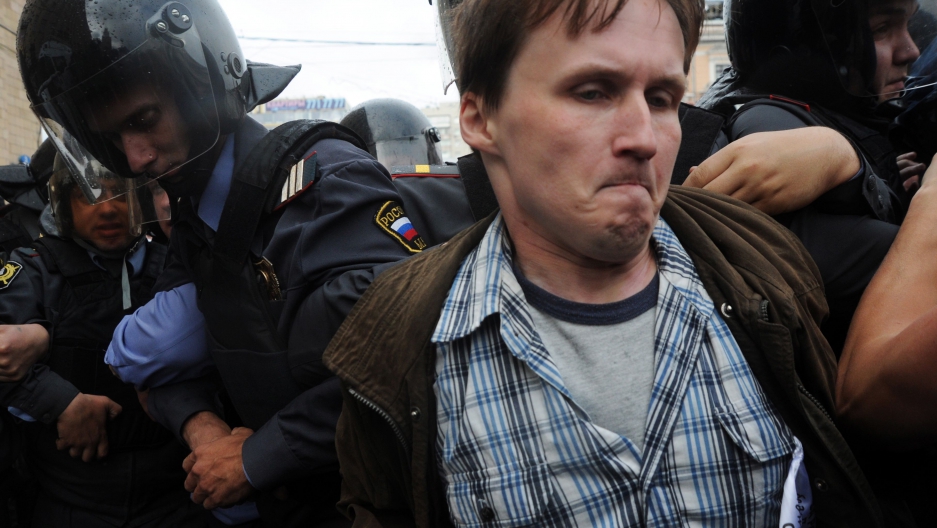 Russian police have detained dozens of protesters following rallies in Moscow and St Petersburg on Thursday against President Vladimir Putin.

Police told the Associated Press that 80 people were detained in Moscow, where hundreds of demonstrators sported the white ribbons that have become ubiquitous at anti-Kremlin protests, shouted “Shame!” and called for a “Russia Without Putin!”

Eight out of the 200 protesters who staged a similar anti-regime demonstration in St Petersburg were also reported to have been detained.

According to RIA Novosti, those arrested in Moscow included the leader of the banned National Bolshevik party Eduard Limonov, who was detained in the capital’s Triumphalnaya Square.

Over the past two years, Russians have held opposition rallies in Moscow, St Petersburg and other cities on the last day of every month that has 31 days, in acknowledgement of the freedom of assembly protection enshrined in Article 31 of the Russian Constitution.

Such protests are often not granted authorization by Moscow.

According to Reuters, police have recently begun to clamp down on protests, and beat demonstrators gathered on the eve of Putin’s presidential inauguration on May 7.