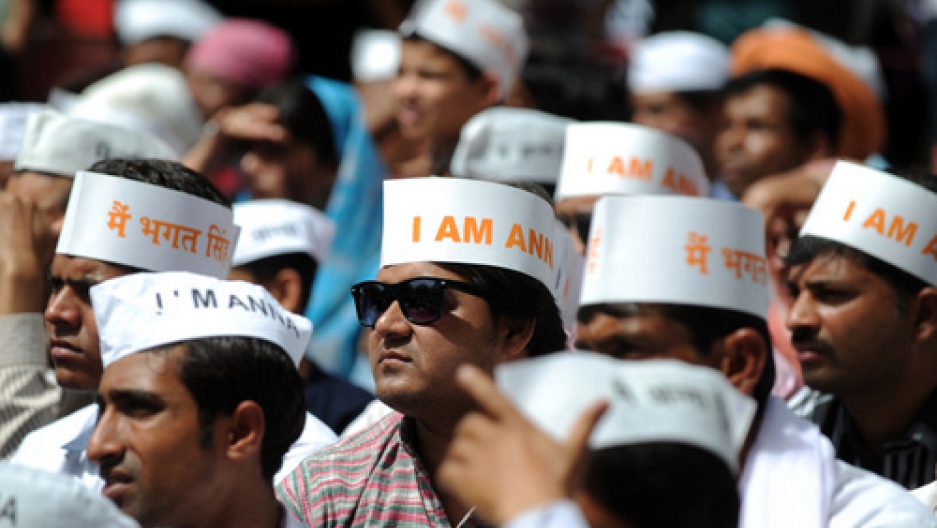 India's Central Bureau of Investigation (CBI) took the first steps to begin a probe into allegations of corruption in the allotment of coal mining blocks, dubbed "Coalgate" by the Indian press.

The probe comes under pressure from Anna Hazare's team of anti-corruption activists, after Hazare himself leveled accusations at Prime Minister Manmohan Singh, who was responsible for the coal ministry during part of the period in question.

As GlobalPost reported earlier, Singh reacted sharply to the accusastions, saying that he would resign if there was "any iota of truth” in Hazare's claims.

The CBI move comes after the Central Vigilance Commission (CVC) forwarded a complaint to it filed by Bharatiya Janata Party leader and Rajya Sabha MP Prakash Javadekar in March, the Indian Express reported. In April, the agency was asked by the CVC to submit a report within 12 weeks and register a preliminary enquiry, if required. The period under scrutiny is 2006-2009, during which the portfolio was handled by the prime minister.

The corruption charges are, of course, disturbing.

Anti-corruption activists and the BJP allege that coal was allotted to companies which were “ineligible”, and were in some cases fronts for other companies, according to the Express. Moreover, because the blocks were allotted rather than auctioned to the highest bidder, the CVC has estimated that the government lost some $15 billion in revenue.

But Team Anna's disingenuous posturing, which recalls the grandstanding of Senator Joseph McCarthy in his cynical pursuit of communism in 1950s America, is also a matter for concern.

Earlier this week, Hazare leveled unsubstantiated accusations at the prime minister -- purely on the basis that he was in charge during the alleged incident. And when the PM took umbrage, Hazare retorted that if he is really honest he should have no objections to submitting to an investigation. (And by the way, Dr. Singh, when did you stop beating your wife).

Obviously, for a politician to be under investigation is nearly as bad as to be found guilty in one. But in India the situation is particularly dire, because such probes frequently go on for decades with no result. And a defamation case -- which Team Anna has said they welcome -- is no faster.

In that respect, targeting "corruption" and cynically disavowing electoral politics while claiming, Mao Zedong-style, to represent "the people" is hardly a productive approach. And Team Anna's cherished ombudsman law is little better.

What is needed is a wholesale overhaul of India's court system -- which would make the corrupt and the casual slanderers both accountable for their actions.