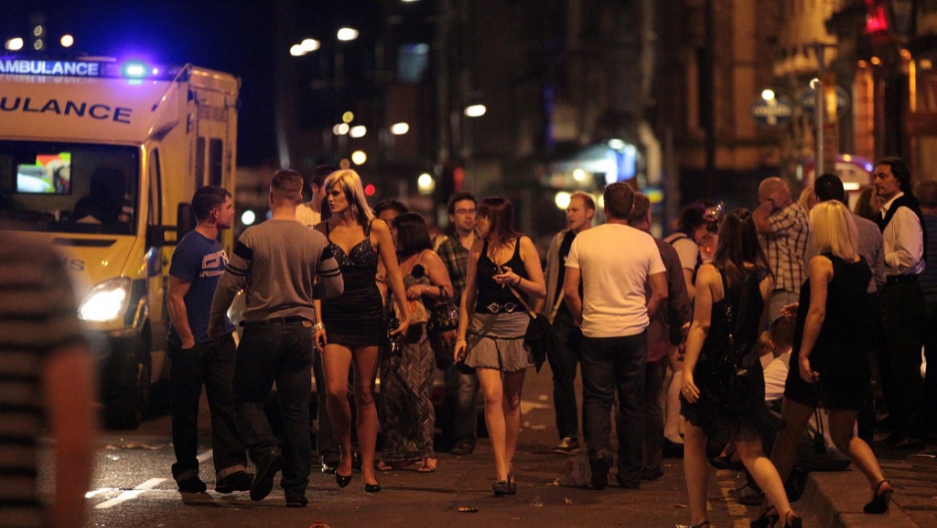 There's plenty of ambulances out most nights in British towns as the heavy-drinking culture in this country leads to health emergencies and violence.
Credit: Matt Cardy
Share

British researchers say that people should drink no more than half a unit of alcohol each day--which amounts to a measly quarter of a pint of beer. The British Beer and Pub Association is not happy.

"Extreme advice could backfire, as it would be far more likely to be ignored by drinkers," the association told the Guardian.

A team of Oxford University researchers used data from 2006 to look at drinking patterns of 15,000 adults in England. They used a mathematical formula to study death rates from illnesses linked to long-term alcohol use and found that 4,600 lives would be saved if people cut their alcohol intake, BBC News reported.

The British government currently says that men should drink no more than three to four units per day, or about two drinks, and that women  should have no more than two to three units. But the Oxford researchers say these government guidelines are "not compatible with optimum protection of public health," according to the BBC.

Of course, alcohol intake has also been linked to health benefits. The incidence of heart disease is lower in those who drink in moderation than in nondrinkers, according to the American Heart Association.

But the researchers say that this statistic leads to a false sense of security. While researchers agreed that alcohol has some positive health effects, they calculated that cutting consumption would lead to just 843 extra deaths per year, not as high as the 4,600 lives lost due to drinking, the Daily Mail reported.