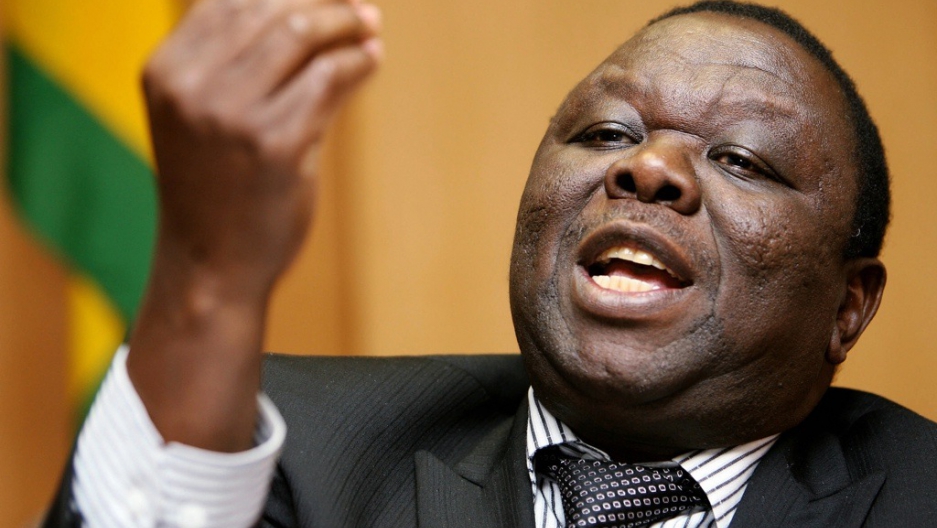 Zimbabwean Prime Minister Morgan Tsvangirai is currently on his first ever visit to China, during which he and China seek to improve their relations.
Credit: Desmond Kwande
Share

BEIJING, China — China has a bold new strategy for Zimbabwe: wooing the opposition.

Morgan Tsvangirai, the Zimbabwean opposition leader now in an unwieldy coalition government with Robert Mugabe, is on his first-ever visit to China this week, invited by Beijing in an apparent move to build ties ahead of Zimbabwe's upcoming elections.

While China has been criticized for an Africa policy that supports entrenched leaders, Tsvangirai’s trip to China is a sign of a more sophisticated approach in which the Chinese government appears to recognize that opposition leaders might eventually hold power and thus should be cultivated.

On Zimbabwe, China is branching out from its traditional close relationship with Mugabe and his Zanu-PF party, which dates back to the 1970s when Beijing supported them in the war against white-minority-ruled Rhodesia.

Tsvangirai, who after the bloody 2008 elections became prime minister in a unity government with Mugabe, met Chinese Premier Wen Jiabao at the Great Hall of the People in Beijing on Monday.

Tsvangirai told Wen that he hoped that “with the support of … friends such as China, we will be able to hold a free and fair election in Zimbabwe,” according to a statement from the Zimbabwean prime minister’s office. Wen in return praised the inclusive government for creating stability, and hailed Tsvangirai's role in helping to rejuvenate the country’s economy.

This is a stark change in tone from 2008, when China was roundly criticized for trying to deliver a shipment of arms to Harare via a South African port. The arms were reportedly intended for use against supporters of Tsvangirai’s Movement for Democratic Change (MDC).

More from GlobalPost: Robert Mugabe is a UN tourism envoy?

During those elections, Tsvangirai and his supporters were tortured and brutally beaten by Zanu-PF militias. Some 300 MDC supporters were killed during the election period. Just last week, Tsvangirai told UN human rights envoy Navi Pillay that political violence in Zimbabwe is continuing.

Tsvangirai’s tour of China seems to have unsettled Zanu-PF officials, who attacked the Zimbabwean prime minister over the size of his delegation and derided the trip as a “sightseeing” mission.

Zimbabwe’s Herald newspaper, controlled by Zanu-PF, dismissively noted that Tsvangirai’s party “has always been disapproving of the government’s Look East policy, insisting nothing meaningful was coming out of it.”

For several years Mugabe has promoted what he calls the "Look East" policy in which he has forged close ties and investment with China and other Asian countries, to make up for lost investment from the West.

Luke Tamborinyoka, a spokesman for Tsvangirai, responded to Zanu-PF’s criticisms by saying that the delegation to China includes 11 people, “contrary to mischievous claims by The Herald that the Prime Minister’s Office has a bloated delegation of 31.”

Tsvangirai was accompanied in China by ministers from his party for state enterprises and water resources, as well as officials from the finance ministry and Harare city council.

More from GlobalPost: Zimbabwe: Mugabe says he is tired

Tsvangirai’s delegation was hoping to jump-start several energy and water projects funded by the China Export and Import Bank that have stalled due to Zimbabwe’s failure to repay loans, said Tamborinyoka.

The real reason for the criticism of Tsvangirai’s visit to China is that Zanu-PF wants to have exclusive contact with the Chinese, political analyst Maxwell Shumba told London-based SW Radio Africa.

“This visit may be an indictment of the failure of Zanu-PF’s economic policies and China might be looking for fresh partners with fresh ideas,” Shumba said.

Outgoing Chinese Ambassador to Zimbabwe Xin Shunkang said this month that trade between the two countries has doubled to $800 million in the last two years due to growing ties between the countries, particularly in tobacco.

Tsvangirai’s visit to China comes despite his party’s continued criticism of the Chinese presence in Zimbabwe.

"Should this abuse continue, the MDC calls upon every law abiding citizen to boycott Chinese products until they learn to treat workers with respect and dignity," an MDC statement said.

Anjin, the largest diamond company operating in Zimbabwe, is a joint venture with the Zimbabwean government. Biti has complained that revenue from the diamond mines is not going to the state treasury but is being siphoned off to a secret Zanu-PF fund.

"We fear, as the ministry of finance,” said Biti, “that there might be a parallel government somewhere in respect of where these revenues are going, and are not coming to us.”