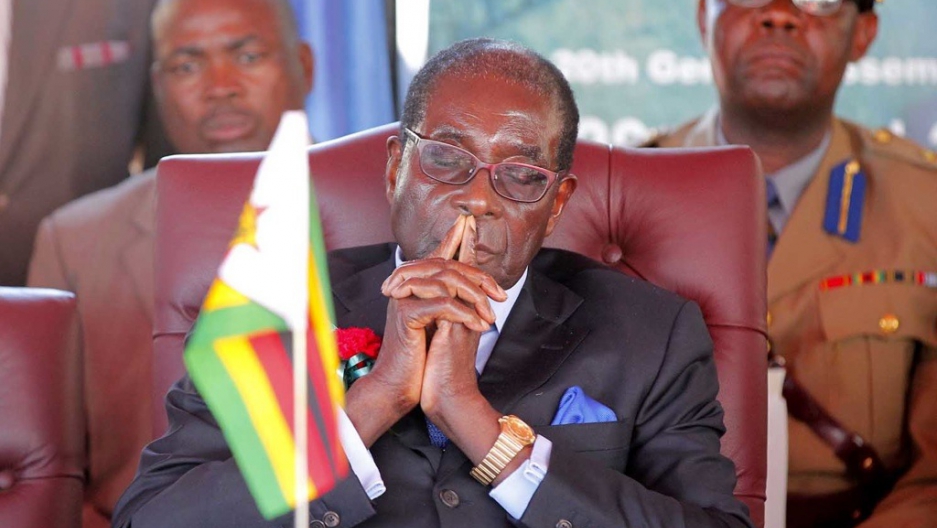 Who else is outraged that Robert Mugabe has been named a UN special envoy for tourism?

Not only has Mugabe, 88 and in power for 32 years, run a ruthless regime blamed for state-sponsored murders and torture and bankrupted Zimbabwe's once prosperous economy, he has also presided over the collapse of Zimbabwe's previously thriving tourism industry.

Since 2000, Zimbabwe's tourism numbers have plummeted and hotel occupancy rates have dropped precipitously.

Air Zimbabwe used to run excellent flights around the country, connecting tourists to Harare, Bulawayo, Hwange National Park and Victoria Falls. It also operated busy, profitable flights which brought in tourists from South Africa and London. No more. The state-owned airline piled up debts and saw its planes seized in Johannesburg and London. Air Zimbabwe stopped operating in February.

Elephant, giraffe, rhinos, lions and an abundance of other animals used to provide tourists to Zimbabwe with an incomparable experience with African wildlife. More recently wildlife has been decimated in Hwange and other national parks, including Mana Pools along the Zambezi River, by poachers, some of whom have connections to Mugabe's Zanu-PF party, according to numerous reports. The parks have become run-down and often lack the water holes, because the parks department cannot keep the pumps operating, according to the Zimbabwe Conservation Task Force.

Zimbabwe's combination of repression and chaos are not conducive to tourism. Yes, some recent visitors report that they had a wonderful time, but there are others who report scary roadblocks and aggressive questioning by militia.

Zimbabwe used to be the premier way to see Victoria Falls and Zambia was just the other side of the falls. Now Livingstone, Zambia boasts the newest hotels and luxury river lodges. And the Zimbabwe side is now a side trip. The Mugabe regime has squeezed hotel groups and other tourism companies so that new investment goes to Zambia.

Why is the UN giving Mugabe a tourism honor?

The UN World Tourism Organization is holding its annual assembly at Victoria Falls and the big conference will be shared between Zambia and Zimbabwe in August 2013, reports The Guardian.

At a ceremony, dramatically held on the Victoria Falls bridge midway between Zimbabwe and Zambia, Mugabe and Zambian President Michael Sata signed an agreement to jointly hold the UNWTO assembly.

“By coming here, it is recognition, an endorsement on the country that it is a safe destination," said the UN World Tourism Organization’s Taleb Rifai. That might be true, as long as tourists do not stray into a rally for Zimbabwe's beleaguered Movement for Democratic Change during the upcoming election campaign.

Look at the arrest last week of BBC music presenter Petroc Trelawny in Bulawayo. Trelawny was the celebrity emcee at a music festival and police arrested him for working as a journalist without a permit. He was held in custody for four days, and he fell in police custody and fractured his arm. Finally police dropped all charges against Trelawny. Is that the way to encourage tourism?

The UN, it seems, did not anticipate the public scorn that would be raised by offering the envoy post to Mugabe. That in itself is surprising and shows the World Tourism Organization is out of touch.

More from GlobalPost: Mugabe says he is 'tired'