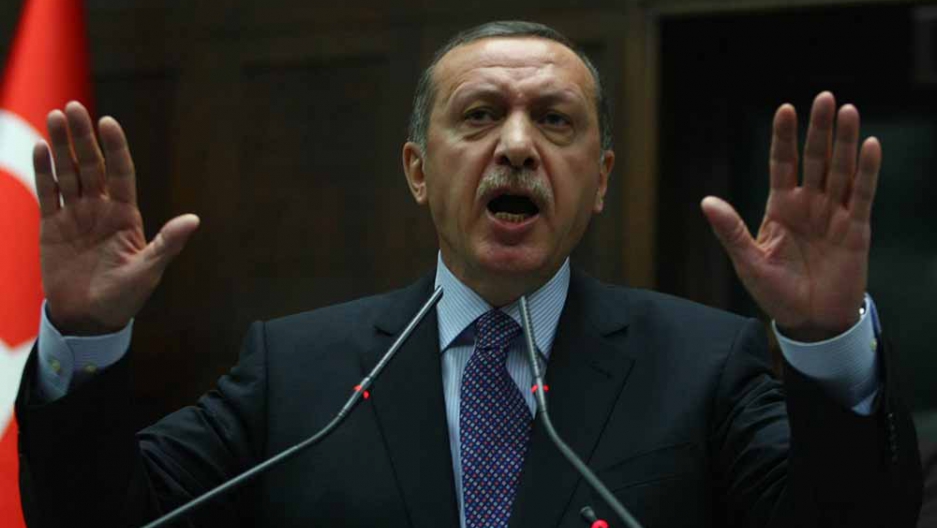 Turkey's Prime Minister Recep Tayyip Erdogan addresses members of Parliament from his ruling AK Party (AKP) during a meeting at the Turkish Parliament in Ankara on May 29, 2012. Turkey on Wednesday announced the expulsion of all Syrian diplomats in the country.
Credit: Adem Altan
Share

Turkey on Wednesday announced it had expelled all of Syria's diplomatic staff in the country. Syrian envoys have 72 hours to leave Turkey, the Guardian reported.

The paper called the move the "most significant" in a series of diplomatic maneuvers meant to demonstrate distress over a weekend massacre over over 100 civilians, many of them children, in the Syrian city of Houla.

More from GlobalPost: US joins 8 other countries in expelling Syrian diplomats over Houla massacre

"It is out of the question for us to remain silent and not respond to this action which constitutes a crime against humanity," the statement announcing the expulsion said. Agence France Presse reported that consular staff in Istanbul, Turkey's largest city, would not be affected.

By Wednesday, 13 countries had announced the expulsion of some or all of Syria's diplomatic staff in their countries in a coordinated effort to protest the Houla massacre. The United States, Australia, Japan, Britain, France, Germany, Italy, and Spain were among the countries that took action.

On Friday, the United Nations' top human rights body will meet to discuss the Houla massacre, according to the Associated Press.

More from GlobalPost: Syria: Dozens of children among dead in Homs 'massacre' (VIDEO)