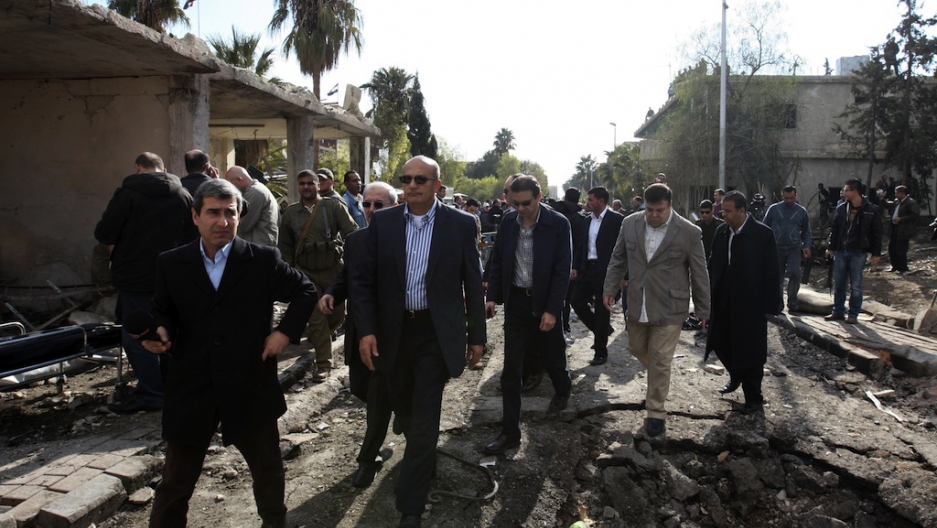 LONDON, UK — Syria has shown how easy it is to get away with mass murder, even in this new age of mass communication and social networking.

Horrific videos of children slaughtered and pleas for help from an insurgent population repressed by a cruel regime have produced nothing but warnings and gesture politics from the international community. The world’s reaction has been totally ineffective.

The United Nations — theoretically defender of human rights, but in this case an instrument of the lowest common denominator of international action — sent less than 300 observers to report on the growing civil war. They cannot possibly watch the entire country, let alone defend themselves. Occasionally, their presence dampens the inter-communal fighting, until they move on to another hot spot.

More from GlobalPost inside Syria: Syrians lose faith in UN

Russia and China use their veto power to block UN Security Council action against President Bashar al-Assad. Russia opposes forceful regime change because Syria is its last important ally in the Middle East. President Vladimir Putin also fears the example of the “Arab spring” could inspire a “Russian spring.” China simply opposes any international intervention in other countries’ affairs and follows Russia’s lead.

Russia is actually doing the Western world a favor. US Secretary of State Hilary Clinton calls for an end to Assad’s “rule by murder and fear.” Pentagon chief of staff General Martin Dempsey warns that military intervention remains possible. But so far, it’s mostly talk. Republican hawks may want to arm the rebels, but America is in no mood to plunge into another Middle Eastern war. If Western governments fail to intervene, they can always blame Russian intransigence.

What we used to call “the CNN effect,” when CNN was the leading purveyor of 24-hour international news, no longer has the same effect. Syrian government restrictions on foreign journalists and the dangers of reporting from the rebel side mean that there are few independent accounts of what is actually happening. The insurgents are filling the information gap with amateur reports that are hard to verify.

Much of the international media ignores the inconvenient facts that make the Syrian conflict more than a simple black and white story. Both pro- and anti- government forces are guilty of atrocities, even though we know which side is committing the most.

Syria is in the early stages of a protracted civil war that becomes more dangerous by the day. Experts on Middle East affairs believe that hundreds of armed jihadists (maybe even thousands) have been armed and infiltrated into Syria to fight against the government. Some of them honed their skills in the war in Iraq.

Their main backer seems to be Saudi Arabia, which for reasons that concern its own internal stability would prefer to see Al Qaeda playing a leading role in the Syrian civil war rather than the moderate Sunnis of the Muslim Brotherhood. It’s all very complicated and would take more than a short news report to explain, which is probably why it is rarely explained.

There are other foreign players in the Syrian snake pit, including Iraq and Iran, with their own agendas to push.

Israel also has concerns about what happens in Syria that the US government must take into account, especially in an election year. In principal, Israel would rather have a dictatorship next door than an unpredictable democracy that might be more responsive to Arab public opinion. For years, the Assad family was more or less a guarantee that Syria would not launch another war against Israel. With Syria and Egypt in turmoil, Israel has to watch its back.

How much of this the American public understands is questionable. Probably not very much. That is a worry, especially when an incumbent president is in a tight race and his opponents accuse him of being a wimp.