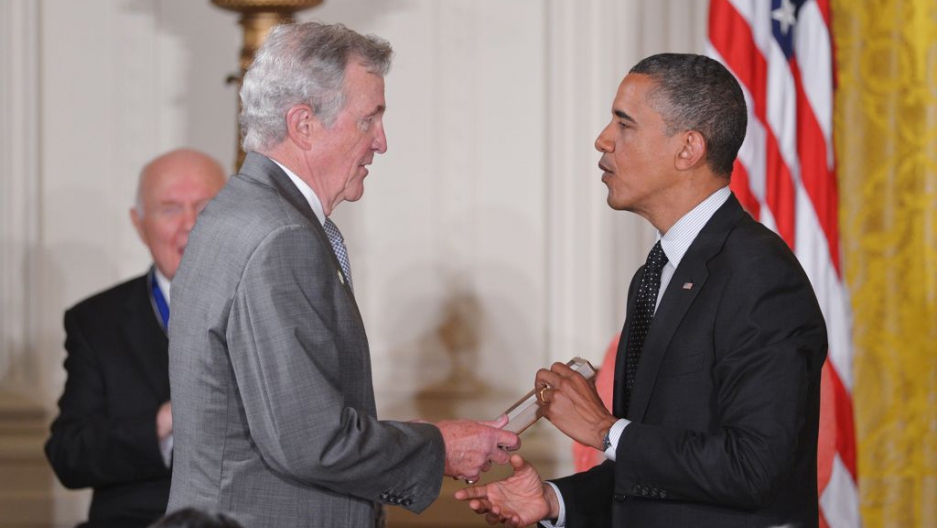 Poland's Prime Minister Donald Tusk has demanded an apology from President Barack Obama for an erroneous reference to a "Polish death camp."

Obama made the slip during a ceremony to award a posthumous Presidential Medal of Freedom to Jan Karski, an officer in the Polish underground during World War II and one of the first people to give an eyewitness account of the Holocaust.

In footage of the ceremony at the White House yesterday, Obama is heard to say:

"Before one trip across enemy lines, resistance fighters told him [Karski] that Jews were being murdered on a massive scale, and smuggled him into the Warsaw Ghetto and a Polish death camp to see for himself."

As the Associated Press pointed out, the phrase "Polish death camp" could suggest, misleadingly, that Poland was responsible for concentration camps on its territory. The AP Stylebook recommends the more accurate "death camps in Nazi-occupied Poland."

Shortly after the ceremony, US National Security Council spokesman Tommy Vietor said the president "misspoke" and expressed regret for the error – but the words had already "hurt all Poles," Prime Minister Tusk said today, according to Agence France Presse.

"I am convinced that our American friends can today allow themselves a stronger reaction than a simple expression of regret from the White House spokesman – a reaction more inclined to eliminate once and for all these kinds of errors," Tusk told reporters.

"Today, this is a problem for the reputation of the United States."

Polish President Bronislaw Komorowski has written to Obama to request a "joint correction of this mistake," the Wall Street Journal reported. He added, however, that he did not believe the offending phrase represented Washington's views, and even suggested that some of the reactions from Poland could have more to do with the US election campaign.

According to the WSJ, Poles are extremely sensitive about descriptions of Nazi German-run death camps in occupied Poland, where millions of Polish Jews and Catholics died.

Jan Karski is credited with bringing some of the earliest accounts of the horrors of those camps to the attention of the world, including US president Franklin Roosevelt. He later moved to the US, and died in Washington DC in 2000.