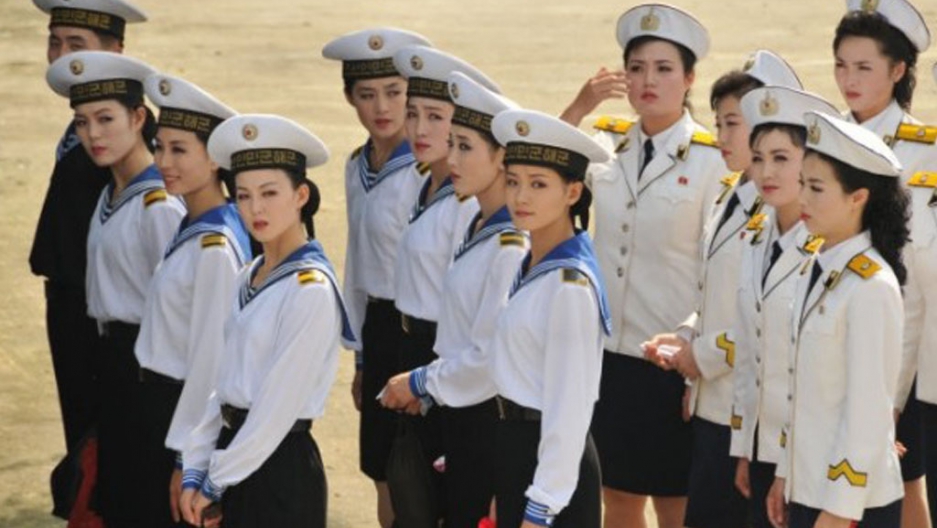 They say imitation is the highest form of flattery. Tell that to North Korea.

K-Pop, or Korean pop music, has become enormously successful the world over, with a huge American debut at Madison Square Garden at the end of last year.

Important to note are some key differences between the Goddesses and Girls' Generation, however.

Both groups may have performed for their respective militaries, but only one dons short shorts and stilettos.

Also, as Chosun Ibo points out (English translation by ChinaSmack's bizarro cousin KoreaBang), where South Korea has a "group," North Korea sports a whole "troupe" — more specifically and not that surprisingly dubbed, "The People's Army Troupe."

The troupe is broken down into subsets, the "regular troupe" and the "special troupe," for work domestically and overseas respectively.

The ‘regular troupe’ only possess costumes, with pleasantly simple outward appearances wearing no make-up and with moderately titillating roles, while on the other hand the ‘special troupe’, which is specifically selected for international propaganda, is equipped with outstanding beauty queens, colourful costumes make-up mastery. The ‘special troupe’ belongs to a privileged class of different social status from regular soldiers.