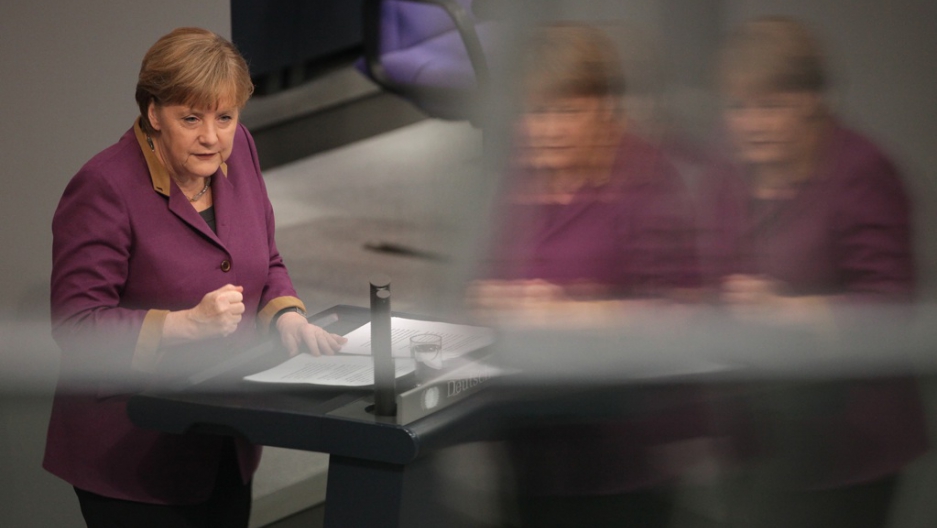 Can Angela Merkel save Europe? Will she?
Credit: Sean Gallup
Share

The euro crisis is, understandably, perplexing to most Americans.

Its subject matter is arcane and complex.

Its main action is playing out in the darkened halls of Brussels and Frankfurt and on the mysterious balance sheets of banks across Europe.

It is producing a variety of severe economic, human and political costs throughout the world's largest trading bloc.

And it practically requires a spreadsheet to keep up with all the pieces of the worsening drama, from analyzing the personalities that make up the various coalition partners in Greece's shattered government, to tabulating minute-by-minute yields on Italian and Spanish debt, to reading the shifting political winds in Paris, Dublin and beyond, to — most critically — divining the motivations and maybe even the psychology of German Chancellor Angela Merkel, the queen of austerity who holds Europe's future in her hands.

For help with this last point in particular, you should immediately turn to Martin Wolf, the Financial Times columnist and heavyweight champion of the world when it comes to making sense of the euro zone mess.

In it, Wolf offers a brainy analysis that gets to the heart of this very pressing matter: what, exactly, does Germany want?

Here's how he sums up the stern mood in Berlin, and I must warn you, it is not an optimistic outlook:

"This is how I understand the views of the German government and monetary authorities: no eurozone bonds; no increase in funds available to the European Stability Mechanism (currently €500bn); no common backing for the banking system; no deviation from fiscal austerity, including in Germany itself; no monetary financing of governments; no relaxation of eurozone monetary policy; and no powerful credit boom in Germany. The creditor country, in whose hands power in a crisis lies, is saying “nein” at least seven times."

There are two ways to look at this, Wolf argues:

1) Germany doesn't believe the euro zone can hold together, and it is therefore leading a strategy that forces profligate losers like Greece, Spain and Italy to "voluntarily" leave the union.

The key in Europe today is Germany’s perception of its national interest. Once it becomes evident that their conditions will not work, German leaders will have to choose between a shipwreck and a change in course. I do not know which Germany will choose. I do not know whether its leaders know. But on that choice hangs the fate of Europe.

We're all going to need it.