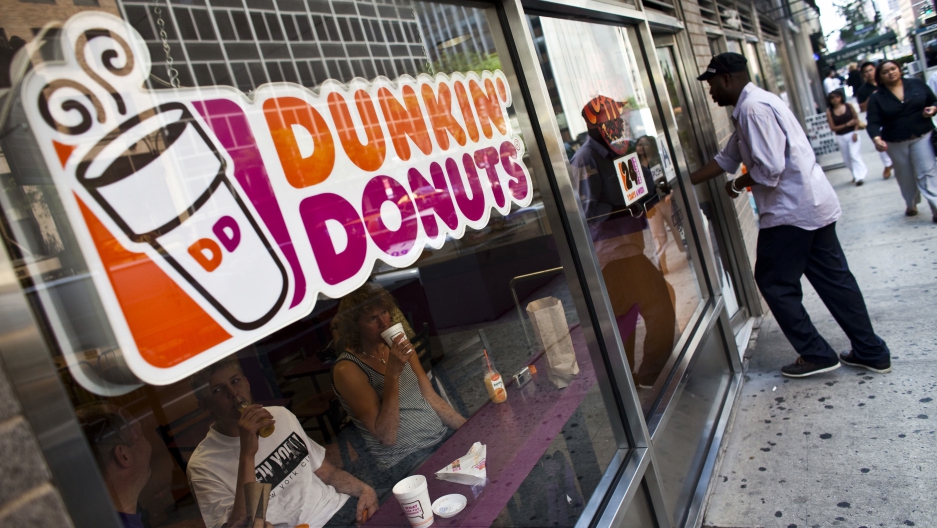 Dunkin’ Donuts aims to open 100 stores in India during the next five years as the company targets India’s fast-growing middle class with goods adapted to local tastes, Agence France-Presse reported.

The US baked food and coffee chain has opened three stores since entering the Indian market earlier this month and is already seeing 20-30 percent higher sales than expected, according to The Economic Times.

Dunkin’ Donuts President Nigel Travis told the Times of India that the company would focus on “localization of product categories especially to cater to the India youth.”

"We see India as one of the fastest growing countries in the world with a fast-growing middle class. It's got a population which is clearly urbanizing and is becoming more and more familiar with quick-service restaurants," Travis was quoted by The Economic Times as saying.

AFP said the company has created as spicy sandwiches, among other things, mirroring efforts in China to woo customers.

Dunkin’ Donuts is among a growing number Western fast-food chains heading to India to cash in on the increasingly affluent urban population.

The Indian economy is growing much faster than those of developed countries and will help to drive revenue for Dunkin’ Donuts.