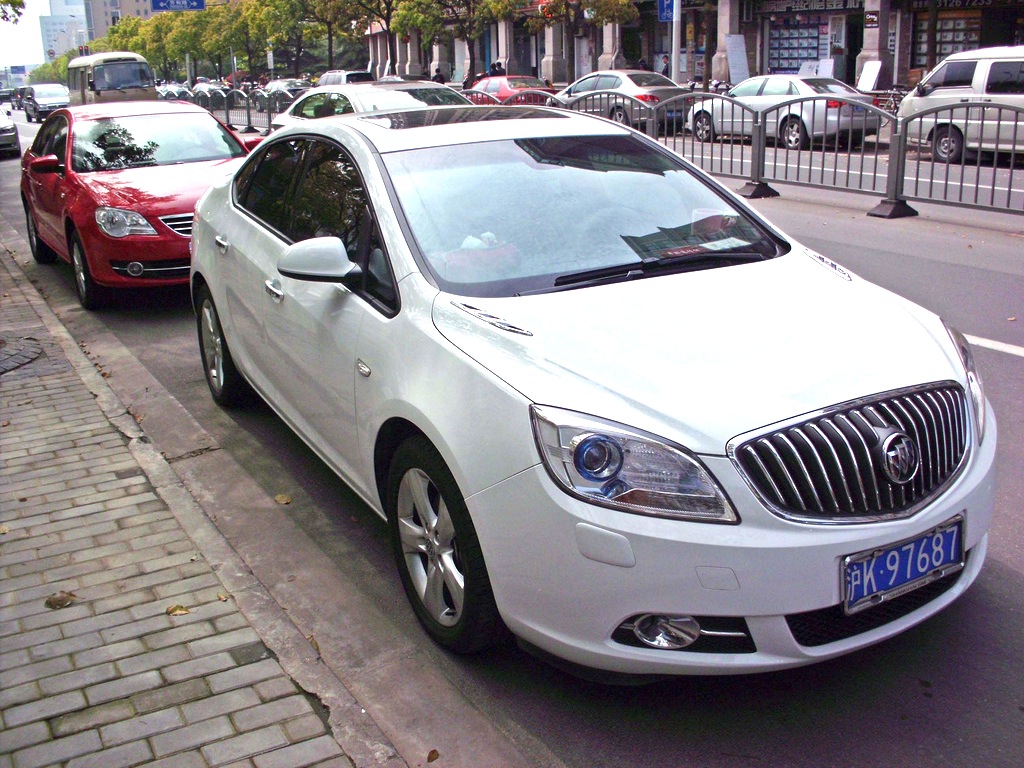 The Buick Excelle is the best selling car in China. Buick's sales in China have bolstered the company. (Photo courtesy of flickr user thinktank).

Memorial Day weekend has increasingly become a hot weekend for car sales in the United States.

Even with the high price of gas and U.S. consumer confidence sputtering, new car sales are projected to rise 30 percent this May when compared to 2011 numbers.

In the run-up to November's U.S. election, both of the leading candidates vying for the presidency, Barack Obama and Mitt Romney, have claimed credit for the resurgence of the U.S. auto industry. The managed bankruptcy that saved GM and Chrysler has been branded as an "All-American success story." But perhaps more credit should go to China.

Phil Patton, a reporter on automotive design for the New York Times said Buick has been buoyed by the Chinese market. It was the brand favored by the last emperor of China, Pu Yi, and despite depleted stateside sales, the Buick has remained a popular luxury car across China.

"The best selling car in China is the Buick Excelle," Patton said. "And Buick, remember, was a brand that was almost dead in this country a few years ago. The average age, as they used to say, was 'greatest generation,' meaning 65. New Buicks were developed, in large part, to respond to China. You might argue that Buick was kept alive to feed the Chinese market. There was a choice in the crisis between saving Pontiac and saving Buick, they opted for Buick because of China."

Earlier this spring, there were two big auto shows scheduled around the same time: the New York Auto Show, and the Beijing International Automotive Exhibition. Patton said the timing of the two events pushed some auto executives to choose which show to attend.

“They’re trying to be delicate, but there are many cases where executives have skipped New York for China,” Patton said.

Despite a slow-down in the Chinese economy, people there are still buying lots of cars.

The Chinese cabinet agreed to revive 2009 subsidies on new car purchases, offering vehicle owners 10 percent off the price of a new car when they trade in an old one. These subsidies, combined with a growing middle class, have propeled Chinese auto sales past American numbers for the past two years.

As a result, international car design is increasingly influenced by Chinese tastes. Take the Nissan Altima, a Japanese family sedan that has long been made in Tennessee. The new model displays large grills in the front and shiny chrome lining the windows. This flair has been added with a young Chinese audience in mind.

Tony Baxter, a partner at the design firm Curve ID, thinks different markets demand unique design elements. Curve ID works with tractor manufacturer John Deere. Tractor designs vary widely by country because each market is interested in a different balance of comfort, convenience, luxury, and specialized accessories. Baxter said some tractors bound for India are designed with extra large running boards so that people can jump on for a ride.

It's that kind of flexibility, said Phil Patton, that is key for any kind of automaker now. Especially those selling to the fast changing Chinese market.

"That's important because some of the cars that are successful can be fashion-driven," Patton said. "You want to be able to do a rugged car on top of the Fiat 500."