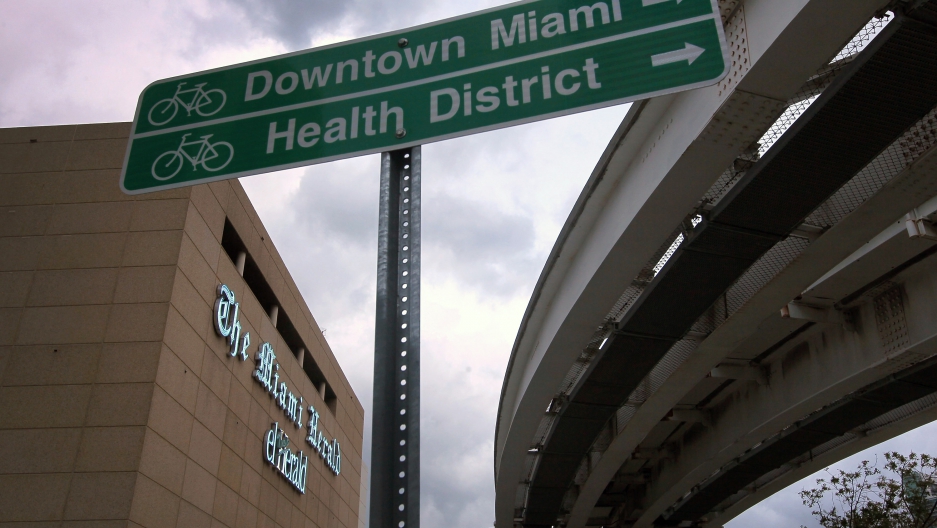 Police think they know what fueled a cannibal attack in Miami, and it's not a zombie apocalypse, as some people have suspected. Miami police think that the famous face-eating man was high on a class of synthetic drugs called bath salts.

On Saturday afternoon witnesses and police saw Rudy Eugene, naked, eating Ronald Poppo's face. When police asked Eugene to stop, he only growled. They shot him multiple times before he finally responded to the bullets and died. Poppo's face is now mostly gone and he is currently fighting for his life in the hospital. Police don't yet know what caused the attack, but they think Eugene's behavior shows classic signs of a person high on bath salts, ABC reported.

"The cases are similar minus a man eating another," Armando Aguilar, president of the Miami Fraternal Order of Police, told ABC. "People taking off their clothes. People suddenly have super human strength. They become violent and they are burning up from the inside. Their organs are reaching a level that most would die. By the time police approach them they are a walking dead person."

Reports first began surfacing about teenagers using the bath salt drugs in 2009, CNN reported. The Drug Enforcement Administration's forensic monitoring system found two reports of it then. In 2010, that figure jumped to 338 cases, and in the first nine months of 2011, the figure jumped again to 911 cases.

Bath salts are frequently described as the "new LSD," but they don't actually have much in common with the hallucinogen, Discovery News reported. Bath salts are an amphetamine-like chemical that have been known to cause severe aggressiveness, paranoia, psychosis and depression. However, the drug is so new that very little is known about its consequences.