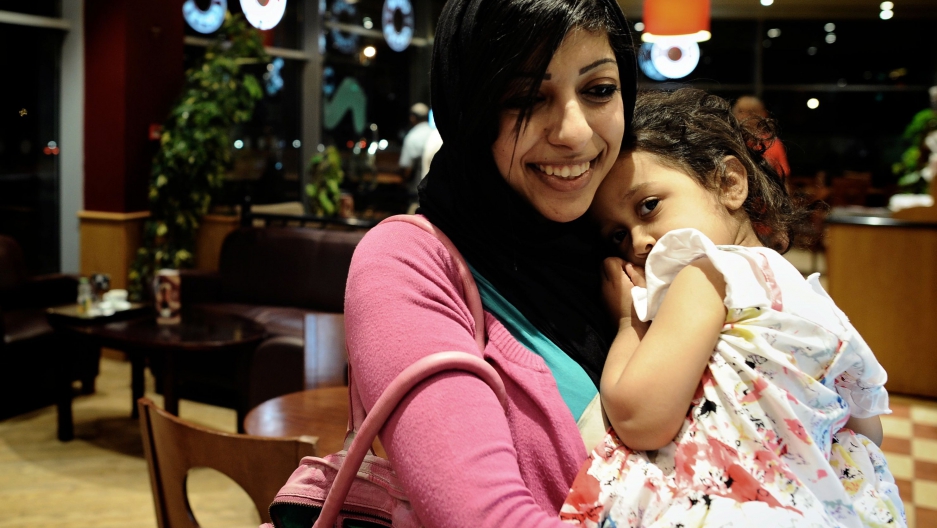 Pro-democracy activist Zainab al-Khawaja has been released from prison in Bahrain after being arrested last month while staging a lone protest on a main road.

The daughter of prominent jailed activist Abdulhadi al-Khawaja, who ended a 110-day hunger strike on Monday, Zainab was detained on April 21 while sitting in the middle of a main road leading to the Bahrain International Circuit, a day before the Formula 1 Grand Prix, the BBC reports.

She had been demanding the cancellation of the race, an end to the authorities’ clampdown on peaceful protests, and the release of her father and 20 other activists convicted last June by a military court for allegedly plotting to overthrow the state.

According to Reuters, al-Khawaja was sentenced last week to one month in jail and fined 200 dinars ($530) on a separate charge related to insulting a government employee.

Her lawyer, Mohammed al-Jishi, told the news agency on Wednesday that the fine had been paid and that al-Khawaja had been freed because of time served on remand, although she still faces other charges related to attempts to organize protests in Bahrain’s capital, Manama, with the next court hearing set for June 24.

Protests in Bahrain – where the Gulf nation’s Shi’ites complain of economic and political marginalization under the ruling Sunni regime – erupted last year following revolts in Egypt and Tunisia.

According to the Agence France Presse, Amnesty International estimates that 60 people have been killed since the demonstrations began last February.