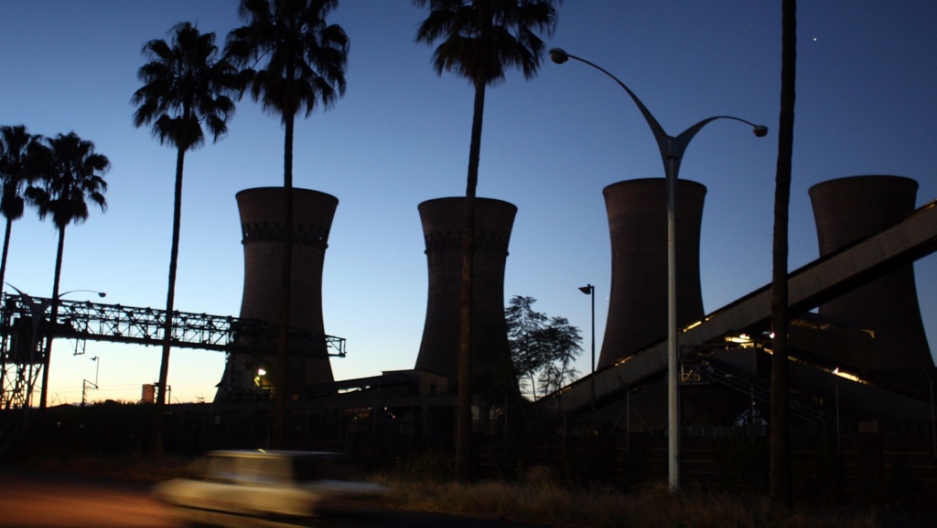 The power station in Bulawayo, Zimbabwe. Police freed BBC classical music presenter Petroc Trelawny after holding him for four days for allegedly working without a permit. Trelawny had been acting as an emcee at a music festival. Police dropped all charges.
Credit: John Moore
Share

Leave it to Robert Mugabe's regime to tarnish itself when it doesn't need to.

Just when Mugabe's top officials are pressing to get the European Union to lift sanctions and arguing that the government is not so repressive, Zimbabwe's police raid an arts festival and arrest the emcee of the event, BBC radio presenter Petroc Trelawny, on suspicion of working without a permit.

Trelawny was held from Thursday until his release late Monday, when the Attorney-General's office dropped all charges, reported the BBC.

'‘The AG has decided not to prosecute him and he is now a free man,’’ his lawyer Munyaradzi Nzarayapenga told The Zimbabwean. ‘‘I have also been advised that Trelawney will not be deported.’’

Trelawny was awaiting release from a Bulawayo hospital where he was under police watch while he was being treated for a fractured arm. Apparently he fell and broke his arm while in police custody, but he is not charging police with ill treatment, said his lawyer.

Trelawny presents the classical music shows, "Music Matters," "Breakfast" and "Live in Concert" on BBC Radio 3. He had been acting as the emcee at the Bulawayo Music Festival, organised by the Zimbabwe Academy of Music. Zimbabwe's media laws require journalists to be accredited by a state-appointed commission.

Trelawny was not working as a journalist but was helping the arts festival, said his lawyer.

"I feel this was a minor understanding which could have been handled differently," Nzarayapenga said.

He put it mildly — Mugabe's police have once again showed the world their special brand of heavy-handed repression.